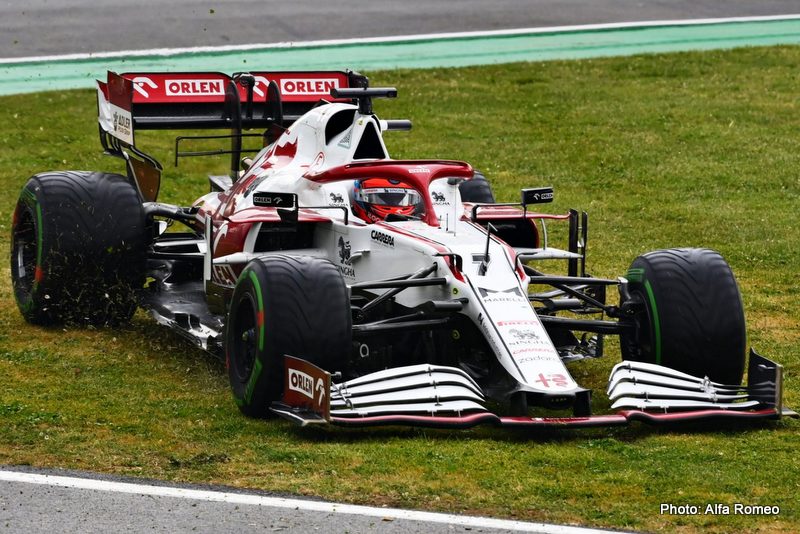 Kimi Raikkonen has been given a 30-second post-race penalty by the Emilia Romagna Grand Prix stewards, stripping the Finn of his ninth place finish.

Raikkonen was handed the time penalty after incorrectly re-joining the pack following his spin under safety conditions prior to the red flag restart, with Esteban Ocon promoted to ninth and Fernando Alonso moved up to 10th and into the points as a result.

The stewards statement read: “On the lap before the re-start following the race suspension, Raikkonen spun at Turn 3. The driver may retake his position, so long as he does so prior to the first Safety Car line (SC1). At first the team instructed him to do so, but then told him to hold his position.

“Should a driver fail to take his position he must enter the pit lane and can only re-join the race once the whole field has passed the pit exit.”

Lance Stroll was also given a post-race penalty, although less severe than that handed to Raikkonen, with the Canadian falling from P7 to P8 and Pierre Gasly moved up to seventh.