Stroll demoted to eighth, Gasly moved up after penalty applied 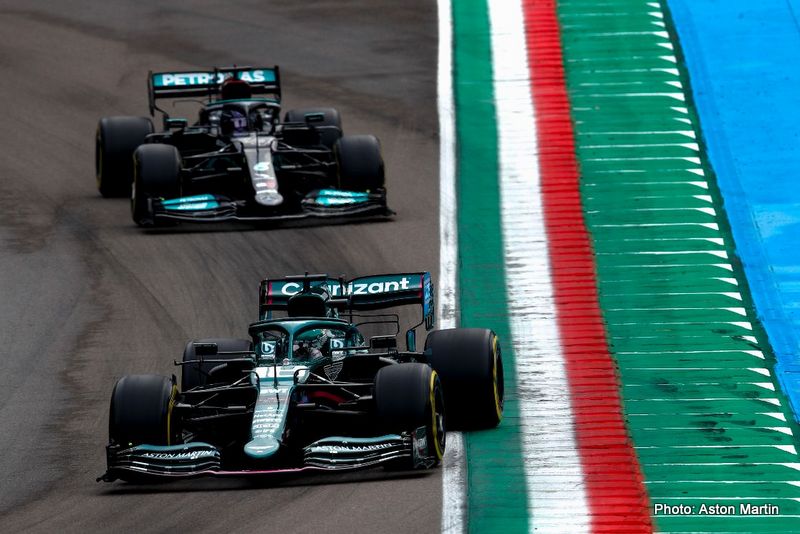 Lance Stroll has been demoted to eighth position following the Emilia Romagna Grand Prix, with the Canadian given a five-second penalty for completing an overtake off the track.

Pierre Gasly, the man Stroll passed while off the circuit, has been promoted to seventh position as a result.

The incident was investigated after the race, with Stroll also given a penalty point on his licence.

The stewards statement read: “Having reviewed the video and heard from the drivers, the stewards conclude that car 18 [Stroll] was not able to complete his pass on car 10 [Gasly] at turns two and three without leaving the track completely short-cutting turn three and returning on the track ahead of car 10. He then failed to give the position back.

“In hearing from the drivers the Stewards accepted that car 18 was ahead of car 10 at the point he left the track, but that he was in that position because of a manoeuvre that he was not able to complete on the track given the wet conditions.”

The demotion to P8 leaves Stroll with four points from the weekend, while his teammate Sebastian Vettel finished outside the top 10 once again.

Speaking prior to the penalty being applied, Stroll said: “That was a lot of fun with some exciting racing. We have scored some important points and I really enjoyed myself today.

“The weather made things a little bit interesting and we made the most of it. All credit to the crew on the grid for getting my car repaired after the brake problem, too. We also overcame a gear shift issue, which cost us lap time, but we managed to hang on until the end. It was just a very busy afternoon with so much happening, so I am really pleased to have scored points. The car was nicely balanced this weekend, but we still have some work to do to catch the teams ahead of us. That is where our focus is now as we get ready for Portugal.”