Leclerc: I am sure the good days are soon to come 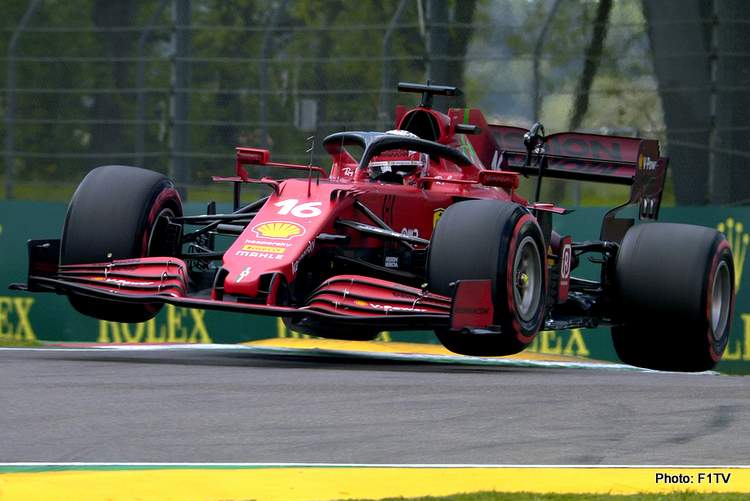 It is clear that the Ferrari SF21 is a far better specimen than the woeful SF1000 of last year, so much so that Charles Leclerc has rallied the troops at Maranello after qualifying an impressive fourth for Sunday’s Emilia Romagna Grand Prix.

While still not close to the benchmark set by Mercedes and Red Bull this season, the Ferrari was better than perhaps they even expected at Imola.

Leclerc, who crashed his car during FP2 on Friday, bounced back in the best way possible, namely delivering fourth on the grid for their home race, and only three-tenths shy of the top time.

He trumpeted afterwards: “There is a lot of motivation in the team, a good momentum. We need to use it and continue to work as hard as possible as a team, keep our feet on the ground and continue to push as we have been doing for the past months.

“Then I am sure the good days are soon to come.”

A war cry if there ever was one from the Little Prince of Maranello who humbled new teammate Carlos Sainz on the day; make that half a second of humble pie gulped down by the Spaniard who is still getting the hang of cranking a Ferrari on the edge.

As for his afternoon at work, Leclerc reported: “It was a very good qualifying, even though I feel we struggled a bit more compared to yesterday to achieve the lap times we wanted.

“We took a small compromise in terms of setup that will help us in the race tomorrow. It made it a bit more difficult in quali, so let’s wait and see. I made a small error in the chicane, maybe I could have gained another 7 or 8 hundredths there, but looking at the timesheets it wouldn’t have changed our position, so I am very happy with P4 today.

“The track is amazing. I love it because you cannot afford to make any mistakes. There is not much tyre management involved, which is something we drivers like, because it means we can push throughout the race.”

While the race is now billed as Lewis Hamilton versus the Red Bull, Leclerc is well placed to seize any opportunities that may arise as the trio ahead do battle for the top step of the podium.

Leclerc ventured: “It should be an exciting but difficult race. We are lacking a bit of straight-line speed, so hopefully we will have a good enough pace to getaway.

“If not, it will be a bit more difficult, but I think that our performance overall is better here than it was in Bahrain. At Sakhir it was a real surprise to be P4 on the grid, today, a bit less so,” added Leclerc.

Ferrari racing director Laurent Mekies was impressed: “Charles secured the same grid position as in Bahrain thanks to what was overall, another great performance, something that is becoming almost the norm for him and further confirmation of his great talent.”