Mazepin: There’s a balance which I haven’t mastered yet 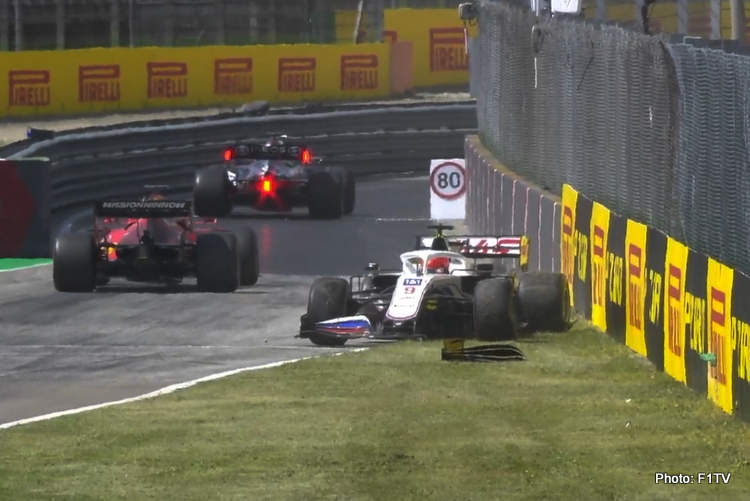 Haas rookie Nikita Mazepin’s continues to give his detractors ample ammunition to fire away at him after spinning out during day one of the Emila Romagna Grand Prix weekend.

The website dedicated to his spins can add two more, this time both incidents took place during FP1 at Imola. The first was a spin, while the second late in the morning session ended in the wall, at the pit entrance.

Three weeks earlier he crashed out on the opening lap of the Bahrain Grand Prix, probably the shortest Grand Prix debut in the history of the sport.

Worth mentioning is that at the end of FP1 Mazepin was half a second faster than teammate Mick Schumacher. But the cost of bent metal was of course substantially higher than the German’s ‘fee’ – he ended the day half a second up on the sister car.

Both Haas cars were anchored to the foot of the timesheets for most of the day.

An early spin for Nikita Mazepin in his first European FP1

Nevertheless, Mazepin was upbeat despite the setback: “I think we had a positive day. I really learned a lot about the car. I think I made another very good step forward with the team in terms of understanding what car I want to drive.”

As for the incident, Mazepin explained: “I had a good lap time in FP1, it was a good quali simulation, I was happy with it. I then made a mistake which there was no coming back from, but overall, it was a positive FP1 and then FP2.

“I’m not leaving anything on the table out there. I wouldn’t want to go to sleep thinking I’ve left some time out there. There’s a balance of course, which I haven’t mastered yet, but we have time. All eyes are on FP3 now – the weekend progresses and I have to keep progressing with it as well.”

In the unliked youngster’s defence, the Haas VF21 is an evil car that could not be mastered by the veteran drivers that previously raced the machine. Not much has changed other than a lick of paint and Uralkali branding.

Guenther Steiner said of his young charge: “Nikita had a spin on his last lap, and it was on a pretty quick lap – a very fast lap, but he went off on the last corner.

“It was not ideal, and we lost some time in FP2 with him as we changed his gearbox just as a precaution and to check it out.

“When you do that you’re out of sync with other cars in FP2 and then your tires get cold and it’s a downhill spiral. So, that’s why his FP2 wasn’t ideal,” added the Haas team boss.

In the other car, Mick Schumacher had a solid day, ending quicker than his teammate and in stark, contrast, making far fewer mistakes than the Russian.

The German said of his day: “It was fun, it felt great out there today. The track didn’t change much from 2016, so that was a positive. In terms of feeling and in terms of fun, it was definitely similar to my last visit here back then.

“I was really able to find out the limit especially in FP2 and improve with each lap on the C4. The first lap was a warm-up then we went through the run and improved with each lap. For now, we’re quite happy but it only really counts in qualifying.” added Schumi III.”