Piquet: Verstappen in a Mercedes would crush Hamilton 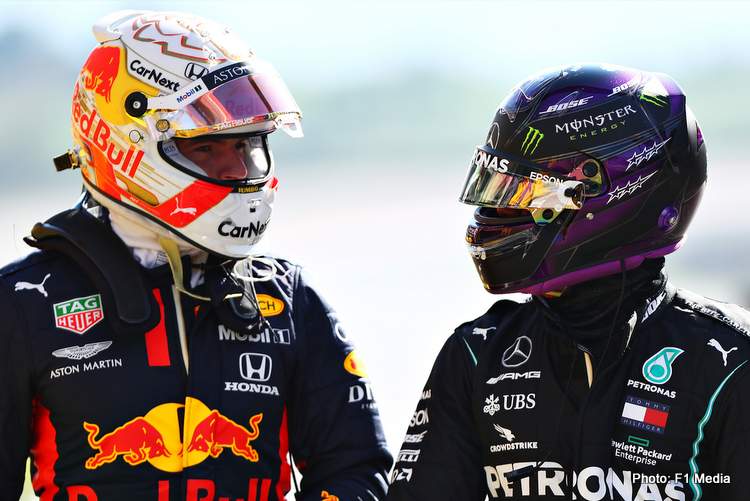 After a thrilling season opener in Bahrain, Nelson Piquet believes Max Verstappen is a better driver than Lewis Hamilton, claiming the Briton has had an easy ride with Valtteri Bottas and Nico Rosberg who are incompetent according to the great Brazilian.

The much-anticipated duel for Formula 1 supremacy that the sport has hankered for finally took place as the Young Guard squared up to the Old Guard – Max versus Lewis – at the Bahrain Grand Prix, and more drama and intrigue expected in forthcoming episodes.

At the 2021 season-opener, the Mercedes driver got the better of the Red Bull one, but it was not business as usual for the World Champions who had to muster all they had and then their Knight delivering as only he can.

After a scorching qualifying topping lap time in Q3 at Sakhir, three tenths faster than Hamilton, it was Verstappen’s race to lose, which he and his team did despite having the better package all weekend.

The Hamilton factor made the difference when it mattered.

In the aftermath of Bahrain, three-time F1 World Champion Piquet told Motorsport France: “First of all, you have to take into account the fact that F1 is a discipline with different cars, so it is very difficult to make a direct comparison between two drivers if they are not in the same team.

“But if Max was driving for Mercedes I’m sure he would crush Hamilton.

“Max is more aggressive. He might make mistakes more frequently due to his aggressiveness but, in my opinion, he is better than Hamilton who has it all very easy with [Valtteri] Bottas at his side as a second driver.”

Piquet is all too aware of dominance in F1, after all, he was part of the mighty Williams team of 1987 with Nigel Mansell as his teammate. The Brazilian won the F1 title that year as his team took nine victories in 16 races that year.

“It’s like Mansell and I at Williams with the other drivers far behind,” recalled Piquet. “I won the 1987 championship, and I wasn’t driving like I used to because I had the accident early on in the year. I had problems with the depth of field but I won the championship; it was so easy because our car was a lot better than the others.

“Like Mercedes have been a lot better than the others over the last few years. It’s not that Hamilton is no good but he has an inferior teammate and the previous [Nico Rosberg] was even worse. He won [the title in 2016] only because Hamilton had crashes and retirements that year.”

For Piquet the two best F1 drivers on the current grid are without doubt Verstappen and Hamilton: “I think that we have to take two things into account: Lewis’s experience and Max’s desire. ”

“Lewis has been in F1 for 15 seasons and I think you gradually start to lose that desire. On the other hand, Max comes in with a knife between his teeth. Lewis has already won seven championships, so he comes in with a different kind of ‘fire’. And that can make a difference.

“I like to compare Max to an MMA fighter, ready to take on any challenge. It’s different from Lewis, who has already won championships and so on. Lewis’ experience will help in some areas, but Max’s will and aggro is greater,” reckoned Piquet, whose daughter Kelly dates Verstappen.

With one Grand Prix run out of 23 scheduled for the season, it’s worth noting that apart from the seven F1 titles on his CV, Hamilton is on 96 F1 victories to the ten bagged by Verstappen.

The changing of the guard is inevitable; the question being: will it be this year?