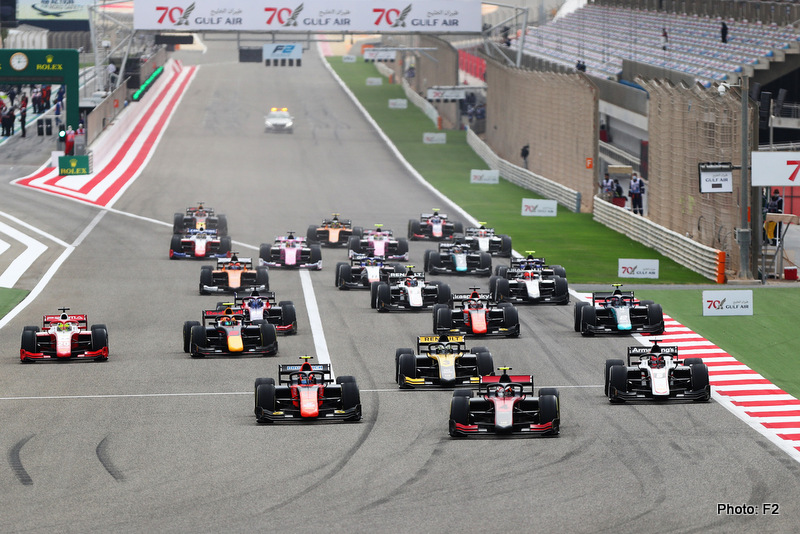 Formula 2 returns this weekend with the season kicking off in Bahrain. New drivers and a revised weekend format are among the biggest talking points as the next generation of F1 drivers battle it out in 2021.

Often celebrated as the most competitive field featured on an F1 weekend, and with three drivers graduating to F1 in 2021, the 2020 Formula 2 season was one of the most successful and competitive yet.

Fridays will see a 45-minute free practice take place, followed by 30-minutes of traditional qualifying which will set the grid for a Sunday feature race.

Saturday is where the real changes happen though, with an additional Sprint Race incorporated. Both Sprints are 120km or 45 minutes long, whichever comes first. The grid for the first Sprint Race sees qualifying’s top-10 reversed, the second will reverse the top ten from race one flipped. The points structure remains the same but the new maximum haul on a race weekend will be 65-points.

Seven drivers have made the jump up from FIA Formula 3 including series champion, Oscar Piastri who steps into the Prema seat, formerly held by Mick Schumacher, alongside 2020 title contender Robert Shwartzman. Fellow F3 graduates Liam Lawson, Lirim Zendeli, David Beckmann, Matteo Nannini, Alessio Deledda and Bent Viscaal will be racing in the second-tier for the first time, while Theo Pourchaire returns having had a taste of Formula 2 in the latter stages of 2020. Among the rookies is also Brazilian Gianluca Petecof who enters F2 off the back of his title-winning campaign in Formula Regional European Championship.

With so many driver and team changes, it can be hard to predict the favourites going into the new season. However, returning drivers Shwartzman, Guanyu Zhou and Christian Lundgaard will all be looking to challenge for race wins and podiums once again, while Felipe Drugovich was one of the most promising rookies last season. He has made the jump to UNI-Virtuosi for the upcoming season, who led a title challenge with eventual runner-up Callum Ilott, so the young Brazilian could just have the team behind him to support a similar push.

The eight-round calendar includes a number of street-circuits, including a planned event in Jeddah, Saudi Arabia, which is touted as the fastest-ever street race by organisers. The season begins this weekend in Bahrain after a three-day pre-season was held at the same venue earlier this month.