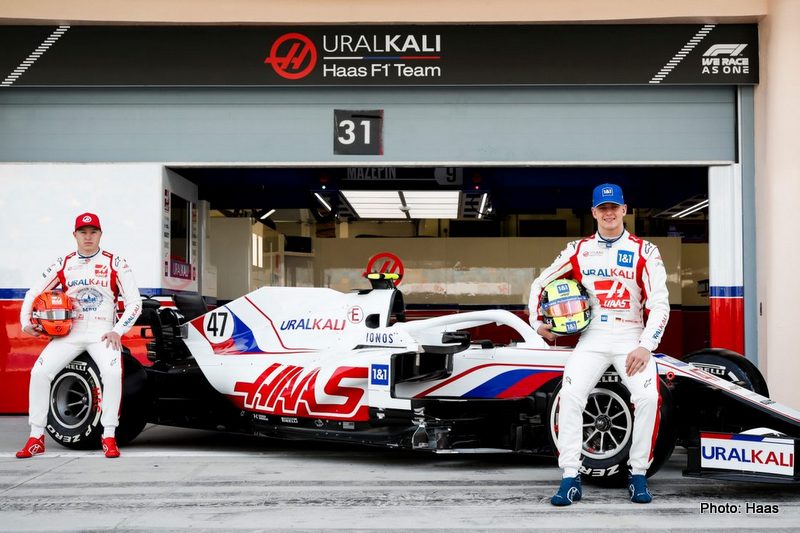 Haas have officially unveiled their 2021 Formula 1 car, the VF-21, prior to the start of pre-season testing in Bahrain.

The team put out images of the car last week, but showed it off in person on Friday morning after running a filming day on Thursday.

Rookies Mick Schumacher and Nikita Mazepin will drive for the team in 2021, with the F2 champion Schumacher out on track first in Bahrain at the start of testing.

The livery is still subject to an investigation by the World Anti Doping Agency due to similarities between the design and the Russian flag.