Russell: I’m not even thinking about Mercedes 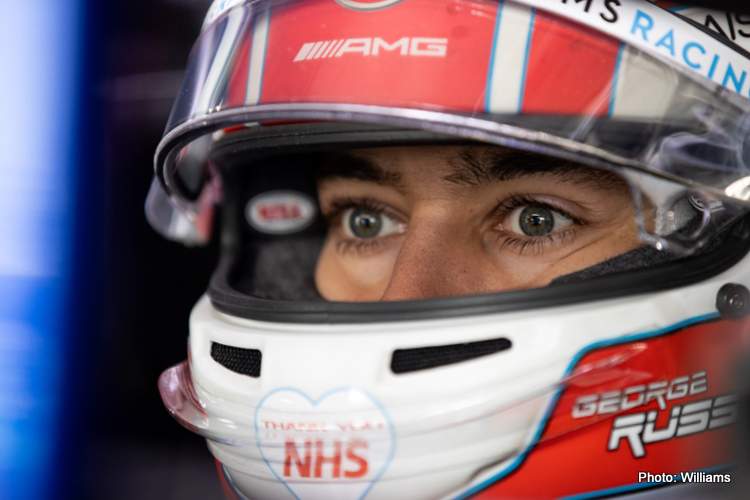 George Russell played down talk of a future move from Williams to Mercedes last week by saying he was focused on the present and the Formula 1 champions had not promised him anything.

The 23-year-old Briton is managed by Mercedes, who have seven times world champion Lewis Hamilton and Valtteri Bottas on one-year deals, and out of contract at Williams at the end of the season.

Mercedes team boss Toto Wolff said at his team’s launch that the future was “very bright” for the 2018 Formula 2 champion and tipped by many to be Lewis Hamilton’s heir apparent for the most coveted ‘throne’ in racing.

“They have told me I am a part of their future, whenever that may be, when they believe the time is right,” Russell told reporters on Friday after Mercedes-powered Williams unveiled their car’s new livery.

“Things change very quickly in motorsport, especially in Formula 1, so I’m not even thinking about it to be honest. I obviously had a taste of life at the front of the grid last year but I´m just focused on the here and now, focusing on Bahrain.

“If I perform on track and I deliver, continue on the same path and progress that I´ve been on so far, I guess in the future the opportunity will come but I´m not even thinking about it. And no promises have been made at all,” he added.

Russell stood in for Hamilton at the Sakhir Grand Prix in Bahrain last December after the champion tested positive for COVID-19 and shone throughout the weekend in the Champion’s car.

He took the lead from Bottas but a pitstop mix-up dropped him down the field and a puncture dashed his hopes for good after a fightback. He ended up ninth and with a bonus point for fastest lap.

Williams finished last in 2020 without a point and Russell suggested it would be another tough year, with their closest Ferrari-powered rivals Alfa Romeo and Haas likely to have an improved engine.