Horner: Max will be top of Mercedes’ list if Lewis decides to stop 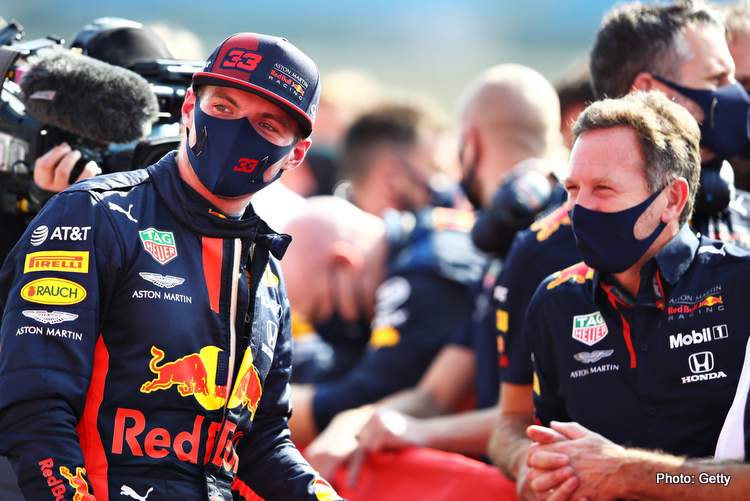 Christian Horner has admitted that Max Verstappen is likely to be top of Mercedes‘ list to replace Lewis Hamilton, should the seven-time world champion choose to retire.

Verstappen has built a reputation as one of the fastest drivers on the grid in recent seasons, finishing third in the drivers’ championship standings over the past two seasons.

However, Red Bull have been unable to give him the car capable of taking that next step and challenging for a world title, leading to speculation that the 23-year-old could become interested in a move to Mercedes.

Both Hamilton and teammate Valtteri Bottas are out of contract at the end of the 2021 season, with Mercedes junior driver George Russell also an option.

Russell replaced Hamilton at the Sakhir Grand Prix and impressed, qualifying second and leading the race for a long period before pit-stop issues caused him to fall back.

Pressed on whether he was concerned about Verstappen’s future, Horner said that the Dutchman believed in the Red Bull project and had a strong relationship with the team.

“I am sure should Lewis decide to stop then Max will naturally be the driver at the top of Mercedes’ list,” he said, as reported by PA. “They also have George Russell and other drivers available to them.

“The reality is, that yes of course – as there has always been – an element of performance-related clauses to Max’s contract. But as with all these things, it is not about forcing a driver that doesn’t want to be there.

“It is more about relationships than contracts, and you only pull a contract out of the drawer when you have got a problem in my experience.

“The relationship with Max is very strong, he believes in the project, in what we are doing, and he sees the investment Red Bull is making. I am confident we won’t need to refer to any contractual clauses. It will be down to us to deliver a competitive car.”