Daytona 500: Alex Bowman on pole ahead of Sunday’s race 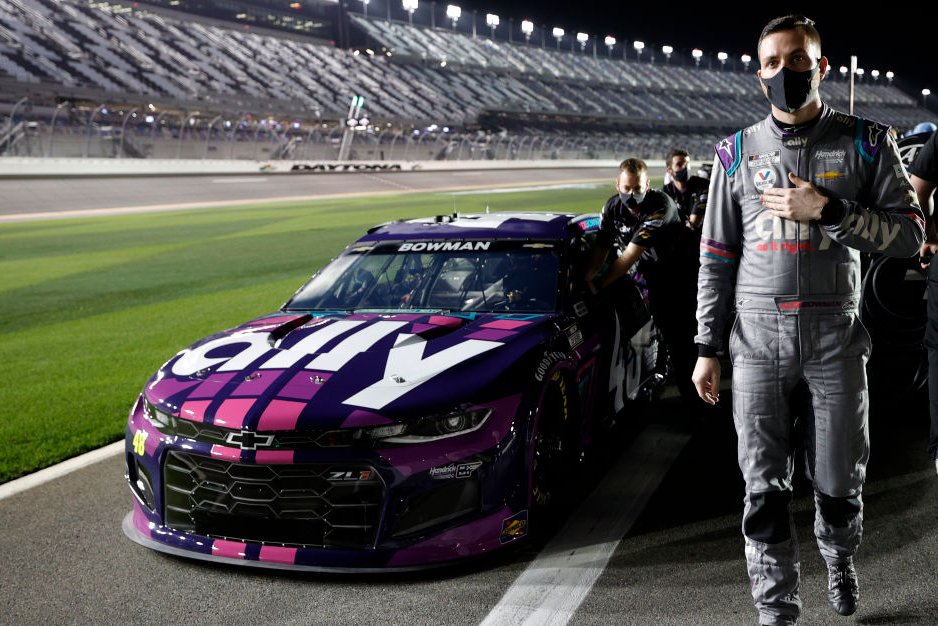 Alex Bowman has qualified on pole for the Daytona 500 with an average speed of 191.26mph.

William Byron (190.22) will start alongside Bowman on the front row completing a Hendrick Motorsports front-row lockout.

Bowman’s pole continues Chevrolet’s and Hendrick’s domination when it comes to Daytona 500 solo qualifying – The bowties have now qualified first in every Daytona 500 since 2013. But can the qualifying pace be converted into race pace?

Ryan Preece and David Ragan guaranteed their spots in Sunday’s Daytona 500 as the two fastest Open Teams over a single lap, placing 8th and 13th respectively.

The rest of the starting order will be decided by Thursday nights Duels in two 60 lap sprint races to sort the inside and outside lanes.

Bowman will start the Daytona 500 from the front row for the fourth consecutive time, and from the pole for a second time. Hendrick’s qualifying success has failed to result in a win in recent years with the last time the team won being with Dale Jr. in 2014 – the team didn’t have a single driver on pole that year.