Braking Point: Hamilton signs, but only for a year 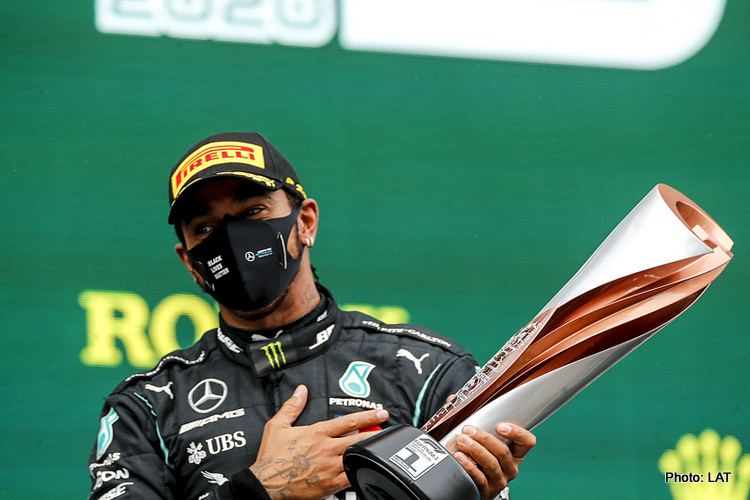 After what felt like a particularly tiresome period of constant speculation from all angles, Lewis Hamilton has agreed to a new contract with Mercedes for 2021.

The press release was fairly short and sweet and gave little away in terms of the seven-time world champion‘s intentions beyond this season and into a new era for Formula 1.

At 35, a one-year deal is no surprise and it is likely Hamilton simply wants to keep his options open. It is unlikely that Mercedes will not want to renegotiate in a year’s time if he keeps up his level of performance and this way he gets the flexibility to determine his own destiny.

With George Russell on the horizon, Mercedes have a succession plan and it is now in the balance as to whether we will get to witness the old guard facing off against the young buck. It is certainly an enticing prospect, but at Hamilton’s age and with a potential eighth title under his belt, it would be understandable if the appetite for that next challenge no longer exists.

The press release also included some details about a joint commitment between Hamilton and Mercedes to continue their push for greater diversity within motorsport. In response to Hamilton’s campaigning work, the team used a black livery in 2020 and will continue to do so in 2021, while they also began an internal review in a bid to increase diversity within Mercedes.

This is clearly something very important to Hamilton and the work he did last year should be lauded. I find it hugely admirable that he has chosen to use his platform in order to push for positive change and hope to see him and the team make further progress within this pursuit in 2021.

Much of the speculation surrounding the delays centred on the financial aspect of the deal, but we are unlikely to learn any more about that until the dust has settled. How true any of the reporting around this entire saga has been is difficult to determine and we have attempted to steer clear of some of the more spurious-sounding stories. Given that these were private discussions I find it hard to believe that as much information was leaked as has been suggested.

Overall, I think the outcome of this entire saga is a pretty predictable one. Hamilton has maintained flexibility so that he can fully decide on his future in about nine months’ time, while also affording himself the chance to make even more history and win championship number eight. Should he want to continue come 2022, that option is still on the table for him – at least as far as we know.

For those hoping that Hamilton would step away and Russell would take his place, that always felt slightly fanciful at this stage. It is a definite possibility going into next season and the new regulations, and I am sure we will know more once the whole circus starts back up again next month. For now, though, it is more of the same for at least one more season.