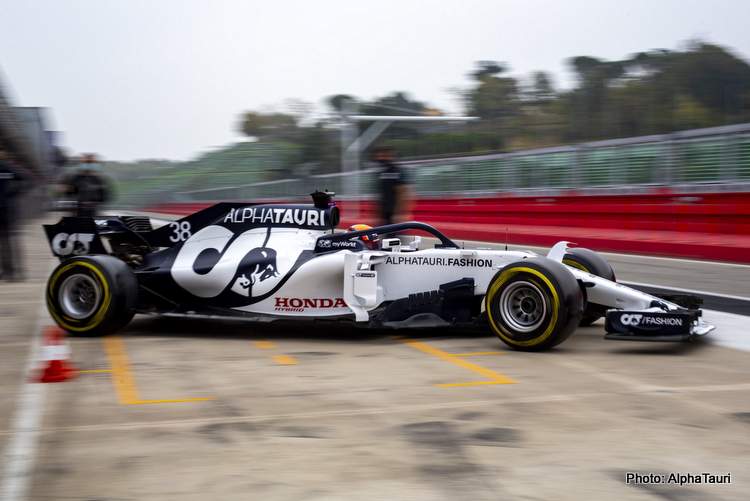 While Ferrari steal the headlines with their Formula 1 testing feast at Fiorano, AlphaTauri rookie Yuki Tsunoda was up the road, at Imola, driving the 2018 Toro Rosso STR13 Honda.

The team has the track to themselves for two days with 20-year-old Tsunoda on duty Wednesday, to be joined by Pierre Gasly today.

On the first day, the Japanese driver had to be patient as temperatures were low and the track wet. Later, when it dried up, Tsunoda drove extensively, although distance and lap-times were not revealed.

AlphaTauri will be back at the venue from February 23 to February 25, Scuderia for further tests with the 2018 car (February 23 and 25), in between the Red Bull-owned team, will bring the new AT02 for a shakedown and the film day teams are allocated.

The AlphaTauri AT02 for the 2021 F1 season, is due to be presented via an Internet reveal on February 18.