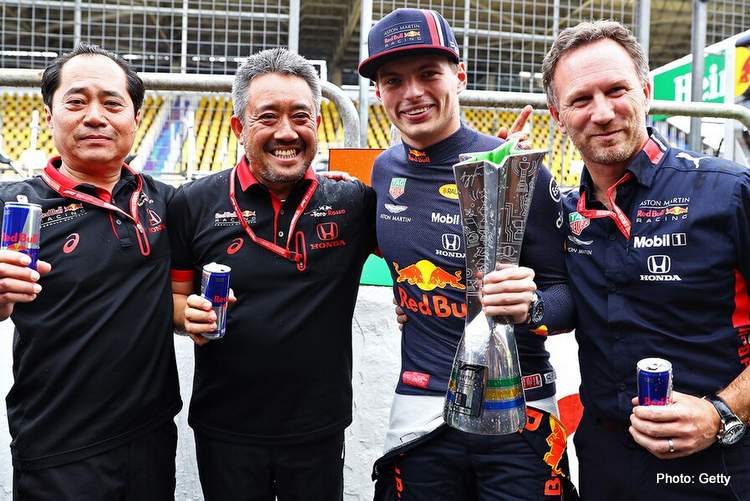 According to The Race, Red Bull is close to agreeing to a deal that will allow them to take over development of the Honda power-unit from 2022 onwards.

The escalation in talks comes amid renewed discussions over a Formula 1 engine development freeze.

Honda is set to leave the sport at the end of the 2021 season, with Red Bull and junior team AlphaTauri yet to agree to a new engine partnership.

Red Bull have reportedly developed a close relationship with Honda since the partnership began between Toro Rosso and the Japanese manufacturer in 2018.

The Milton Keynes-based team are keen to bring the development of the Honda power-unit in-house, but this is reliant on the rest of the grid agreeing to an engine freeze.

While the talks had stalled, The Race understands that the freeze is being discussed once again with confidence of a resolution high among at least two parties.

Ferrari and Red Bull are said to be keen on a convergence mechanism that would allow manufacturers with a deficit to continue improving in light of a freeze, but Mercedes and Renault oppose such a solution.

However, talks have supposedly moved on since then, while The Race report that negotiations between Red Bull and Honda are going well, with Honda personnel likely to stay on beyond the end of 2021 to ease the transition.

Honda’s F1 project leader Masashi Yamamoto told The Race in December: “It is very difficult to say suddenly goodbye in the opening race in Melbourne, in 2022, practically.

“I think they will need some kind of support. I’m not sure the length, or how much. But we will support somehow.”