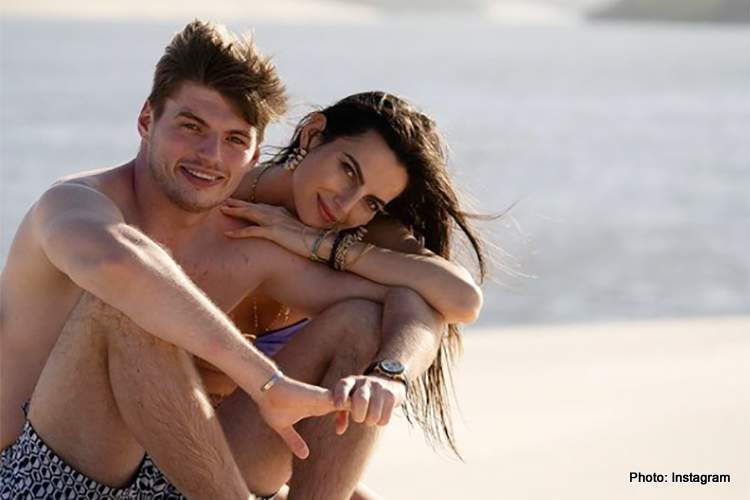 If you are wondering why Max Verstappen has been off the radar during his Formula 1 off-season, even his once regular sim racing escapades are on ice, it is because he is holidaying with his new flame Kelly Piquet.

Kelly is the daughter of Brazilian legend and three-time F1 world champion Nelson Piquet. The 32-year old Germany born model and the 23-year-old F1 superstar are dating, and its official as social media has been burning with the news.

The relationship was confirmed when Max took to Instagram and confirmed to his near four-million followers:

“Happy New Year everyone. Let’s make 2021 a year to remember in many ways. Wish you all success, love and happiness just as I found mine,” wrote Max, the last sentence making it official.

The Brazilian model fired back: “Love is what makes the world go round. Happy new year and much love.”

Kelly is no stranger to F1 affairs as she dated, father of her daughter Penelope, Daniil Kvyat for three years before their relationship came to an end in 2019.

With Max, the couple, are both children of former F1 drivers, Kelly’s father Nelson Piquet is a three-time World Champion, while Jos Verstappen was highly rated and respected but never got the right breaks.

Ironically it was Daniil who was demoted in 2016 by Red Bull to make way for the Dutchman, a teenager at the time, who went on to win his first race for the team, while the Russian’s career nosedived and never recovered. 2020 might well have been his final Grand Prix season.

The story of ladies ‘swapping’ F1 drivers is not a new one and sparks memories of Michael Schumacher and Heinz-Harald Frentzen, archrivals at the time driving for Mercedes; the latter dating Corinna Betsch before she married the Ferrari legend.

F1 romantic history repeating itself in a fascinatingly familiar manner.