Marko: Perez has a one-year contract, but we have an option 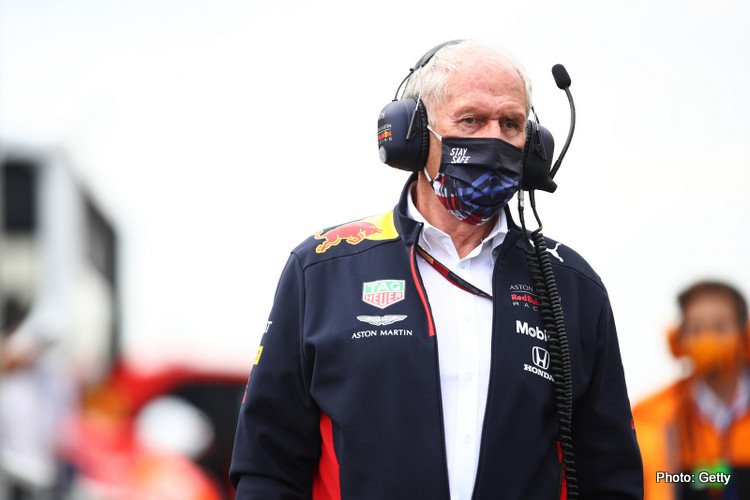 Perez was confirmed as the replacement for Alex Albon last week, agreeing to a one-year deal with the Milton Keynes-based team.

Albon struggled for form throughout the 2020 season, finishing seventh in the standings, while Perez earned his first career victory at the Sakhir Grand Prix and ended the year fourth.

Asked about the decision to sign a driver from outside the Red Bull driver academy for the first time since 2007, Marko said that the team hoped the Mexican would provide valuable input thanks to his external experience.

“It was a relatively short contract negotiation,” he told Servus TV.

“It’s a one-year contract, but we have an option, we can step in if he gets other offers. The reason for it is where you have to bring Max in. Since he’s been with us, the second car, except with Ricciardo, has always dropped off. Now we are looking at how a driver who was very fast in a Mercedes copy will perform.

“Perez has an incredible tyre management and he brings a lot of know-how about how the Mercedes engine works, the drivability. After they [Racing Point] terminated the contract with him, he was naturally very attentive to everything Mercedes does, so we are hoping for a lot of input.”

Red Bull’s current power-unit partner Honda is set to leave the sport at the end of the 2021 campaign and the Austrian-owner team are looking into taking engine development in-house.

“The Honda engine will gain significantly in power,” said Marko.

“Mercedes has durability problems, they need to look at fixing the MGU-K errors. And what Honda has promised us is also coming. We also see a significant gain in driveability and clipping.

“As for the negotiations, it’s a complex topic, but I would say we are 85%/90% close to the target. Honda has been very helpful. This means that we can continue to use the engine, also with technical help from Honda. But we need a freeze on development.

“The development is the most expensive thing and needs technical capacities that we cannot afford in this form. But the rest looks good. We might be able to finalise it by the end of the year or shortly into the new year,” summed up Marko.

While Perez was the obvious candidate to replace Albon given his availability and form, the decision to look outside the Red Bull family has raised some questions, but Marko insisted the team remains committed to its young driver programme.

“We brought a very fast Japanese driver [Tsunoda] into F1 after I think 10 years,” he said.

“We have Juri Vips, Lawson and Daruvala who are absolutely capable of moving up to F1 if they perform well in F2.”