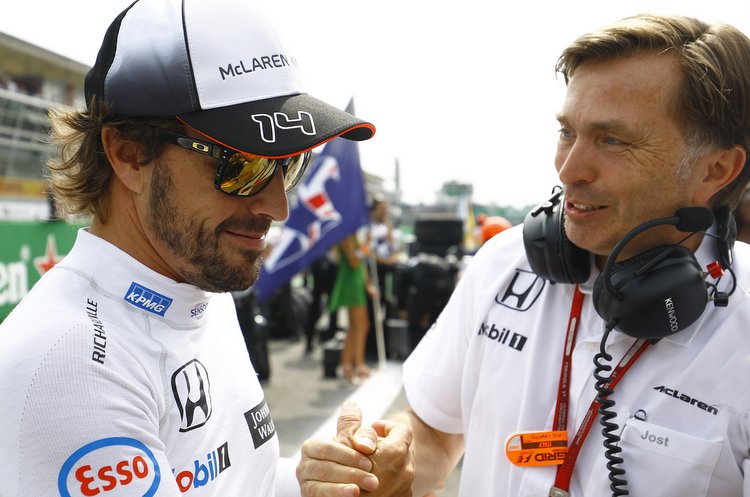 Well travelled motor racing management veteran Jost Capito will be CEO at Williams following the announcement by the team on Thursday.

Capito spent a brief spell at McLaren during its lowest ebb, where he worked with Fernando Alonso and Jesnon Button, before moving on to Volkswagen; and now Williams marking another destination in his career where he will have his work cut-out to revive the once mightiest Formula team from the back of the grid.

Williams Racing is delighted to announce the appointment of Jost Capito as its new Chief Executive Officer, with him set to join the team on 1 February 2021.

Capito has enjoyed a wide and varied career spanning over four decades in the automotive and motorsport industries and will now help strengthen the leadership team at Williams as the company embarks on an exciting new era. Reporting into Matthew Savage, Williams Chairman, he will take full responsibility for the day-to-day running of the company. As part of this, we are also pleased to confirm that Simon Roberts will officially take on the role of Team Principal, reporting to Jost.

Jost began his motorsport career in the mid-1970s, racing motorbikes and ending up winning the truck category of the Paris-Dakar Rally in 1985 with his father in a Mercedes Unimog. After 5 years at BMW M GmbH, in 1989 he joined Porsche to manage racing programs before moving to Sauber Petronas Engineering in 1996 as part of their executive committee.

He subsequently joined Ford in 2001, where he spent an extensive amount of time as Ford Europe’s Motorsport Director working in various categories from Formula Ford up to F1 with the Jordan Team and the World Rally Championship for the American manufacturer. Jost enjoyed great success in this role having won the WRC manufacturers’ titles in both 2006 and 2007.

In 2012 Jost joined Volkswagen as Motorsport Director and led the marque to a period of dominance culminating in consecutive Drivers’ and Constructors’ World Rally Championship titles over four years. After a brief stint at McLaren, in 2016 Jost was chosen to lead Volkswagen R GmbH, the department in charge of the company’s performance cars, but will now return to Formula 1 with Williams.

Jost Capito said: “It’s a great honour for me to join Williams Racing during these exciting and demanding times for both the team and for Formula One. It is an honour to be a part of the future of this storied team, and one that carries such a poignant name in the sport, so I approach this challenge with great respect and with a huge amount of relish.”

Matthew Savage, Chairman of Dorilton Capital, commented: “We are excited to welcome Jost Capito as the new CEO of Williams Racing. He is an experienced and competitive individual, who has built winning teams and is a winner in his own right. He understands the Williams heritage and will work well with the team in pursuit of our objective to return to the front of the grid.”