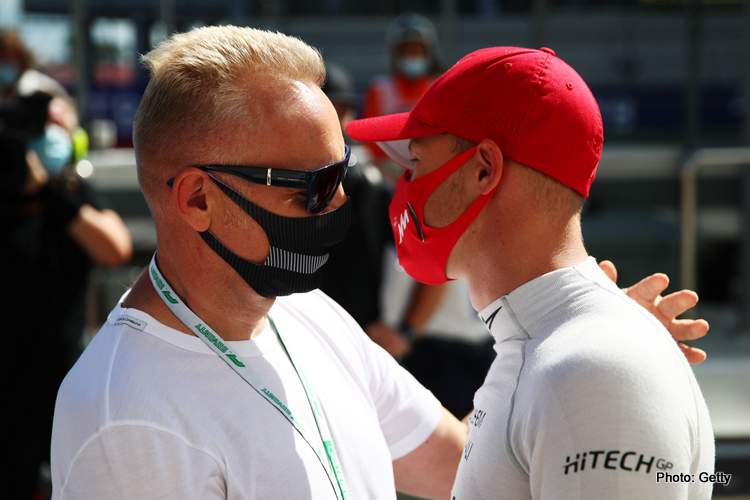 The Dutchman predicted that the whole episode will simply go away because of what he terms “fuck you money” that buys rich people out of trouble time and time again.

Nikita is the son of Dmitry Mazepin, a Russian businessman who is the majority shareholder and chair of Uralchem Integrated Chemicals Company. His tenure at the helm has not been without controversy.

During his 21-year-old son’s path to Formula 1, no expense has been spared as the kid has been bestowed with the best of the best from his karting days through to his private testing with Mercedes and now, after a season in F2, Mazepin senior dipped into his piggy bank to fund Nikita’s dream to race in F1.

He found beleaguered Haas begging for cash, and since then the Russian billionaire is said to have injected $20-million into the American team for next year, with options for the same amount in 2022, with some insiders predicting this is the first step in a sell-out by Gene Haas.

Worth noting, a couple of years ago Dmitry lost out to Lawrence Stroll in a bid to buy Force India, for his son Nikita; instead the other billionaire’s son – Lance Stroll – got the team; some say the outcome still hurts the Russian.

Meanwhile, only days after the Haas announcement, Nikita and his pals stupidly thought it cool to go on social media with a tasteless video showing the driver groping a young female friend while driving a car.

This went viral and Nikita issued an apology, nevertheless as a result, the spoilt little rich boy’s life will never be the same again, although money should help many forget quickly and smooth things over.

Speaking on Dutch TV with Louis Dekker, Lammers said: “People who are so rich are also called people with fuck you money. They can do whatever they want. This behaviour is, of course, reprehensible. He has overdue maintenance in parenting.”

Dekker agreed and explained, “His behaviour does not fit into the world of Formula 1. He’s very controversial at the moment. Without Mazepin, I’m afraid Haas is bankrupt. The team brought him in purely for the money.”

A petition has been launched to keep Nikita out of F1, with over 30,000 showing their support. But the reality of such a deal being nullified would be a financial disaster for Gene Haas’ outfit.

Tanya Alexandra stated when she launched the initiative: “This petition is calling for immediate action from the FIA and all parties involved to remove Nikita Mazepin from his Formula 1 seat.”

And claims that he has a “history of alleged sexually predatory behaviour against women.”

“We are asking them to invoke the second point of Appendix B of the International Sporting Code. His actions have caused many to question the character of the Formula One Championship and governing bodies.

“He has a history of alleged sexually predatory behaviour against women, has been shown to be aggressive on the track, and has now sexually assaulted an unknown woman and uploaded it to his social media for everyone to see,” concluded the statement.

Clearly, Nikita’s antics have done him no favours as he enters F1, but he marks the type of driver to expect as some of the filthy rich start occupying seats on the grid in the top flight.

Next year there are three billionaire-boys on the grid – only Lance junior on merit, the other two – Nicholas Latifi and young Nikita – would not see the light of day in F1.

And, after this season Lance would have been out at Racing Point, not Sergio Perez leaving to make way for Sebastian Vettel.

Latifi, Stroll and now Mazepin are in F1 solely because of Daddy’s money. And it appears they can do what they like: behave like a kid brought up in a trailer park or massively underperform among the supposed 20 best drivers in the world, without repercussions or consequences.