Hamilton: I’m ok and I hope I can get back in the car soon 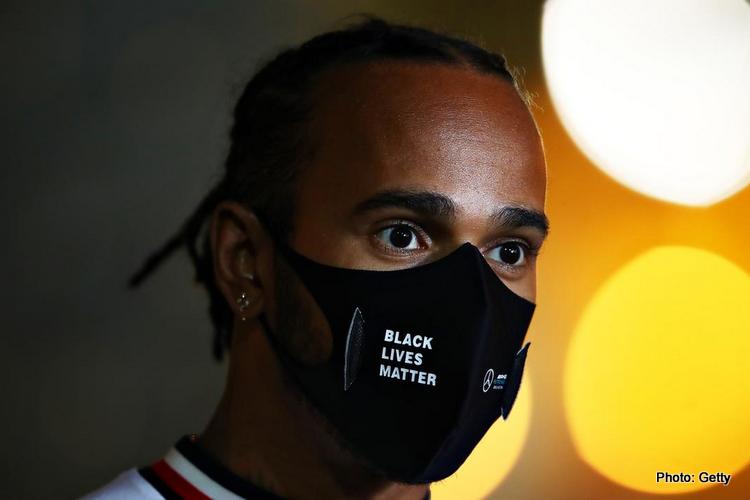 Mercedes driver Lewis Hamilton said that he hopes he “can get back in the car soon” after missing the Sakhir Grand Prix due to COVID-19.

Hamilton tested positive for the virus shortly after winning the Bahrain Grand Prix and was subsequently ruled out of the Sakhir race, while it remains unknown as to whether he will be allowed to drive in Abu Dhabi.

Russell put in a sterling performance in his place, qualifying second on the grid and leading the race confidently after jumping Valtteri Bottas at the start.

However, he had a potential win taken away from him thanks to a pit stop blunder by the Mercedes team, which was further compounded when the young British driver picked up a puncture after recovering to second on the road.

The 22-year-old finished the race in ninth but was described as “somebody to count on in the future” by team boss Toto Wolff.

The absent seven-time world champion stayed quiet throughout the weekend but broke his silence on Tuesday to give a welcome update on his health.

“It has been one of the hardest weeks I’ve had for some time,” he said in a video he posted on Twitter.

“I’ve just been focusing on recovering and trying to get back in shape.”

With practice for the Abu Dhabi Grand Prix getting underway on Friday, we expect to hear word of Hamilton’s availability over the next few days.