Inside Line: Have they broken Mick’s F1 career before it starts? 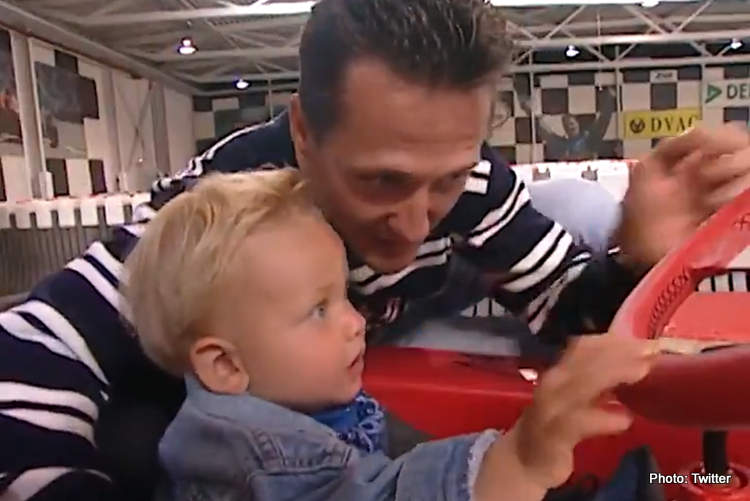 Let’s be clear here, Michael Schumacher did not decide on his son Mick’s step up into Formula 1. How do I know? Read on.

Imagine being a father of a young driver on the cusp of entering F1, but not just any old Dad rather a legend of the sport who knows a thing or two about how it operates namely Michael Schumacher.

Bear with me because this tale applies to all Dads ultimately…

Hence when meeting with Ferrari, who fund Mick’s career at this point, there would have been two options: Alfa Romeo or Haas F1 team.

Looking at the driver’s chessboard with Ferrari to move this is how it looked for young Mick not long ago:

The youngest team in F1 which is known as the Ferrari C-Team led by uber-clown and potty-mouthed Guenther Steiner with arguably the worst car on the grid plus zero development. So bad is the car that even veterans Kevin Magnussen and Romain Grosjean are struggling dismally to keep it pointed the right way.

For 2021 the two elders are gone and incoming Nikita Mazepin (one of three F1 billionaire sons on the grid next year) pumping in no small amount of rubles into the dollar-scarce American team. Thus a rookie in one of the cars.

Throw into all that a team with scant ambition, apparently treading-water until a buyer comes along and puts Gene Haas out of his misery as his very un-American team, run by an fast-talking but underachieving Austrian, is seemingly only in F1 to make up the numbers.

Next year should be no different unless of course, they have a miracle car in the pipeline for 2021? Somehow I Doubt it.

The Alfa Romeo (aka Sauber) Scenario

Sauber aka Alfa aka Ferrari B-Team have a long tradition of grooming youngsters from the days of Kimi Raikkonen, Felipe Massa through to Charles Leclerc.

Their team boss is no-nonsense, low-key Fred Vasseur; a man who knows young drivers thanks to his years as ART Grand Prix team boss where he worked with the likes of Lewis Hamilton, Nico Rosberg, Jules Bianchi to name a few.

Now, for drivers you have experienced Kimi Raikkonen teamed up with underperforming Antonio Giovinazzi. The latter is not F1 material and appears to be there only there because someone at Ferrari, ultimately Mattia Binotto, for whatever reason believes in the driver.

Nevertheless, for 2021 they have the potential of a good car and are committed to making the team better all time. No treading water going on at Hinwil.

So, if you were Schumi, faced with these choices for your which would you make? Alfa Romeo is the logical choice.

But Michael is clearly not doing the thinking in the Mick-camp. So who is?

Up until now, it appeared that every move by his handlers has been impeccable but accepting the Haas scenario is a mistake waiting to happen.

Which begs the question? Who made the ultimate call? Ferrari boss Binotto? Has to be.

Looking down at his chessboard which we all see, he moves Mick to Haas teamed-up with a rookie, and keeps Antonio with Kimi at Alfa! When the glaringly obvious move was Mick to Alfa alongside Kimi and experience, with a last chance for Antonio at Haas.

That would be check-mate. However, Binotto has only been good at playing chess with extra pieces but when they caught him slipping the extra piece on to the board we all realized he was not so good at the game after all.

Yet amid one of the worst seasons in Ferrari thanks to him, he continues to lead the greatest team in our sport up the garden path.

This move with Mick would no doubt make Michael shudder and wreaks of Binotto & Cabal’s accepted incompetence that prevails while he steers the Maranello ship into an iceberg.

Mick needs and deserves the protection of a solid team, strong structures, good equipment, an experienced teammate and in a culture of talent nurturing which Alfa and crew have in abundance.

Worth noting also is that many drivers have passed through Sauber-stable to become F1 stars, while none of the Haas drivers have moved on to better things, in fact, their careers nosedived. One has a fine pedigree the other is a pavement special.

In closing, with the next move so obvious, I have no doubt if Schumi was in charge – as a Father like many of us – surely he too would be flabbergasted at the Mick-to-Haas move by his son’s shortsighted minders. Would he have even countenanced Binotto?

If common sense prevailed his people could have insisted on an Alfa drive and if Ferrari refused, I am quite sure Mercedes would embrace Mick to the fold. Just imagine that.

Going forward, we at GrandPrix247 wish him only the best because the future of F1 would be so much richer with Mick Schumacher in it for the long run, however watching this next episode ahead of his formidable junior career is disconcerting, as any Dad who only wants the best for his son.

(Note this is an OpEd and the personal opinion of the writer. Not to be mistaken as a news piece.)

Baby @SchumacherMick first got behind the wheel with his father Michael at just one year old 🥺#F1 #RoadToF1 pic.twitter.com/2RYP9aQ061