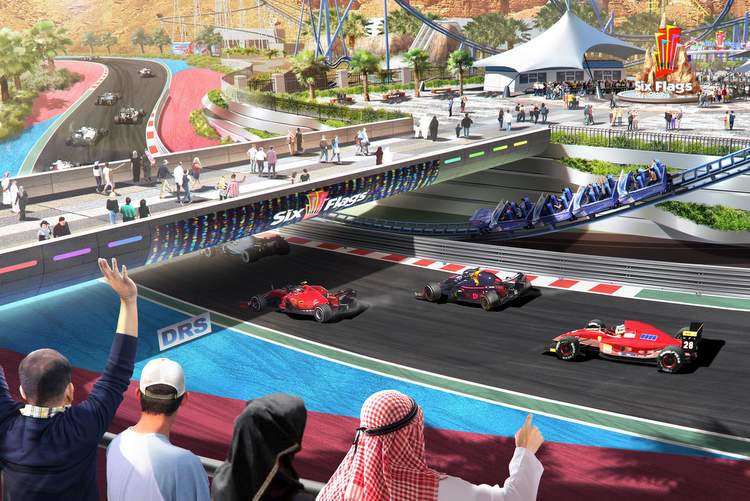 Formula 1 has confirmed the inaugural Saudi Arabian Grand Prix will take place next year. The Grand Prix, which is set to be the penultimate of a record-breaking 23-round calendar, will be a night race on the streets of Jeddah.

Formula 1 bosses are likely to attract criticism for staging a race in Saudi Arabia because of the country’s human rights record.

But the sport follows golf, tennis and boxing in hosting a major event in Saudi Arabia. Formula E, the all-electric motor racing series, has already staged two races there.

In 2023, it is expected the Grand Prix will move to Qiddiyah, 30 miles outside the capital Riyadh, where a track is currently being built.

Chase Carey, who will step down from his role as Formula One chairman at the end of the year, said: “Saudi Arabia is a country that is rapidly becoming a hub for sports and entertainment with many major events taking place there in recent years and we are very pleased that Formula One will be racing there from next season.

“The region is hugely important to us and with 70 per cent of the population of Saudi being under 30 we are excited about the potential to reach new fans and bring our existing fans around the world exciting racing from an incredible and historic location.”

This no doubt spiced by the petro-dollars it brings to the sport, but at what expense? A recent(ongoing) F1 Fan Voice poll suggests fans are not on the same page as the circus masters.

This is how they voted on the matter:

Human rights organisation Amnesty International has called on Lewis Hamilton and his fellow drivers to speak out against the race, which is set to be pencilled in for the final weekend of November.

“Formula 1 should realise that a Saudi Grand Prix in 2021 would be part of ongoing efforts to sportswash the country’s abysmal human rights record,’ the group said in a statement.

“In the lead-up to a race in Jeddah, we would urge all F1 drivers, owners and teams to consider speaking out about the human rights situation in the country, including by expressing solidarity with jailed human rights defenders.”

Amnesty also highlighted Saudi Arabia’s continued detention of rights activists, even those who campaigned for changes to the law – such as women being able to drive – which have since been changed.

This includes women’s rights activist Loujain Al-Hathloul who her family say has been subject to torture, sexual abuse, and solitary confinement during her secretive two-year detention.

“Despite the fanfare over Saudi women finally being allowed to drive a car without being arrested, the authorities have recently locked up and tortured several leading women’s rights activists – including Loujain al-Hathloul and Nassima al-Sada,” said Felix Jakens, Amnesty International UK’s head of campaigns.

“If a Saudi Grand Prix goes ahead, at the very least F1 should insist that all contracts contain stringent labour standards across all supply chains, and that all race events are open to everyone without discrimination.”

In response, a spokesperson for the sport said: “For decades Formula 1 has worked hard be a positive force everywhere it races, including economic, social, and cultural benefits.

“Sports like Formula 1 are uniquely positioned to cross borders and cultures to bring countries and communities together to share the passion and excitement of incredible competition and achievement.

“We take our responsibilities very seriously and have made our position on human rights and other issues clear to all our partners and host countries who commit to respect human rights in the way their events are hosted and delivered.”

Seven-times F1 World Champion, Hamilton said of the Saudi endeavour, “There are a lot of organisations in the world that turn a blind eye to a lot of stuff that’s happening and they’ll use the excuse that it’s political. Human rights is not a political thing. Human rights should be equal for everyone.

“We’re going to all these counties where that is an issue and we don’t have to shut those areas off; we have to figure out how we can engage more and how we can really utilise the platforms to encourage and push for change.

“That’s what’s been a real drive for me this year and you’ve seen that coming out in my driving because I have now another fire burning. Whilst I’ve got this championship, there’s still another big win out there but it’s going to take all of us coming together.

“We do not have to shut those areas off, we have to figure out how we can engage more[with them], how we can really utilise this platform to encourage and push for change,” ventured Hamilton.

Formula 1 has never had qualms about following the money during Bernie Ecclesstone’s rule, and before. The race at Kyalami in the seventies was funded by the apartheid government, as well as foray’s to Argentina during Juan Peron’s dictatorship, for similar global PR benefits the Saudi project seeks.

Times have changed but money still talks in Formula 1. all eyes on the sport’s most successful driver – Lewis Hamilton – whose activism has been the hallmark of his remarkable season and now his fans and followers seek justification for this new venture to land with no road racing culture or history of such.

Next year’s 23-round Formula 1 schedule is due to be signed off in the coming weeks. It is understood that the campaign will get underway at Melbourne’s Albert Park on 21st March, with the season to conclude in Abu Dhabi on 5th December.