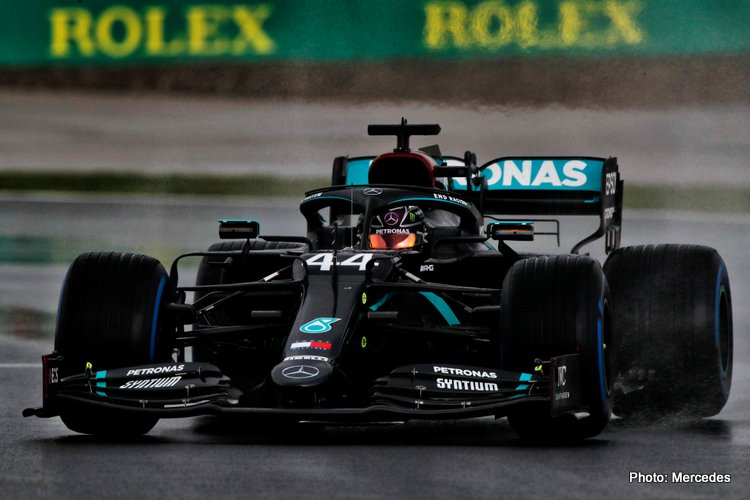 A day that saw him equal a Formula 1 legend with his seventh driver’s championship, Lewis Hamilton was nothing short of legendary in winning the Turkish Grand Prix on Sunday.

Not just surviving, but thriving in some of the most perilous conditions F1 has seen in recent memory, Hamilton was simply on another planet in a victory that saw him finish 31.633 seconds ahead of second-placed Sergio Perez despite starting sixth on the grid.

And while under normal circumstances such a margin could be explained by the dominance of the Mercedes under him, Hamilton’s car this weekend has been anything-but due to the low-grip nature of the Istanbul Circuit – as exemplified by his teammate Valtteri Bottas finishing in 14th – proving what a difference the Briton himself can make.

In what was a masterful display of wet-weather driving and tyre management, Hamilton survived 53 laps on a set of intermediates that were completely slick down the middle by the end, all the while finding pace while most around him opted for additional sets and still couldn’t manage to match him.

“I’m definitely a bit lost for words,” he admitted in his post-race interview. “I have to start by saying a huge thank you to all our guys here, and back at both our factories. I wouldn’t be able to be here if I didn’t join this team and the journey we’ve been on has been monumental. I’m so proud.

“And I’ve got to say thank you to my family. We dreamed of this when we were young, watching the Grand Prix, and this is way, way beyond our dreams. It’s so important for kids – dream the impossible. You’ve got to work for it, chase it, and never give up or doubt yourself.

“I thought the race was falling through my fingers but I kept believing and thought I’d pick up pace at some stage – and that’s what I did.”

How does it feel to be right in the middle of our World Championship celebrations?

A distant but important second, only Perez made the same one-stop strategy as Hamilton work, doing 48 laps on his set to follow the Briton home after starting third. In contrast, his Racing Point teammate and pole-sitter Lance Stroll, who led through the first half of the race, failed to keep his set of inters alive and had to pit for a second, but only continued to go backwards in finishing ninth.

Taking the last spot on the podium was remarkably the Ferrari of Sebastian Vettel, who until the final corners was fourth behind teammate Charles Leclerc, before Leclerc lost ground while chasing Perez, and managed to capitalise fully. From 11th on the grid, it was a well-deserved bright-spot for the German after what has undeniably been the worst season of his career.

Sure to rue his late error, Leclerc was ultimately 1.898s behind Vettel in fourth, while just managing to hold off the charging McLaren of Carlos Sainz, the Spaniard enjoying a stellar drive of his own from 15th on the grid to finish 0.505s behind his future teammate in fifth.

A popular pre-race pick having qualified P2, Red Bull’s Max Verstappen saw a promising afternoon quickly turn into a massive disappointment, spinning off twice as he tried to make his way to the front, and had to ultimately settle for sixth ahead of teammate Alexander Albon, who had a mixed showing in his own right.

Like his McLaren teammate, Lando Norris did well to come through the field and finish eighth after starting 16th, ahead of the aforementioned Stroll and Daniel Ricciardo in the final points-paying position – the Renault driver having suffered from several cases of ambition ahead of adhesion.

Both Raikkonen and Verstappen have synchronised, but separate, spins through Turn 4 🌀#TurkishGP 🇹🇷 #F1 pic.twitter.com/EGI319EZIu

Behind the Australian in 11th was his teammate Esteban Ocon, albeit a lap down, the AlphaTauri pairing of Daniil Kvyat and Pierre Gasly following in 12th and 13th respectively.

The aforementioned Bottas was next in what will be a day to forget, this being arguably his worst drive since joining Mercedes in 2017, and the day his slim championship hopes went up in smoke.

Bringing up the rear was the Alfa Romeo of Kimi Raikkonen and the Williams of George Russell. Kevin Magnussen, Romain Grosjean, Nicholas Latifi and Antonio Giovinazzi all failed to finish the race. 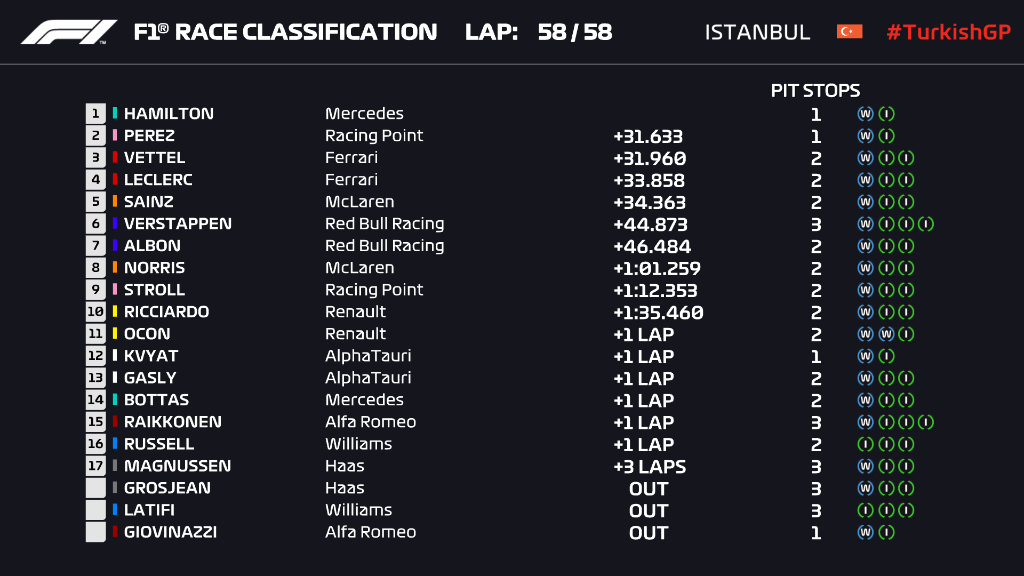 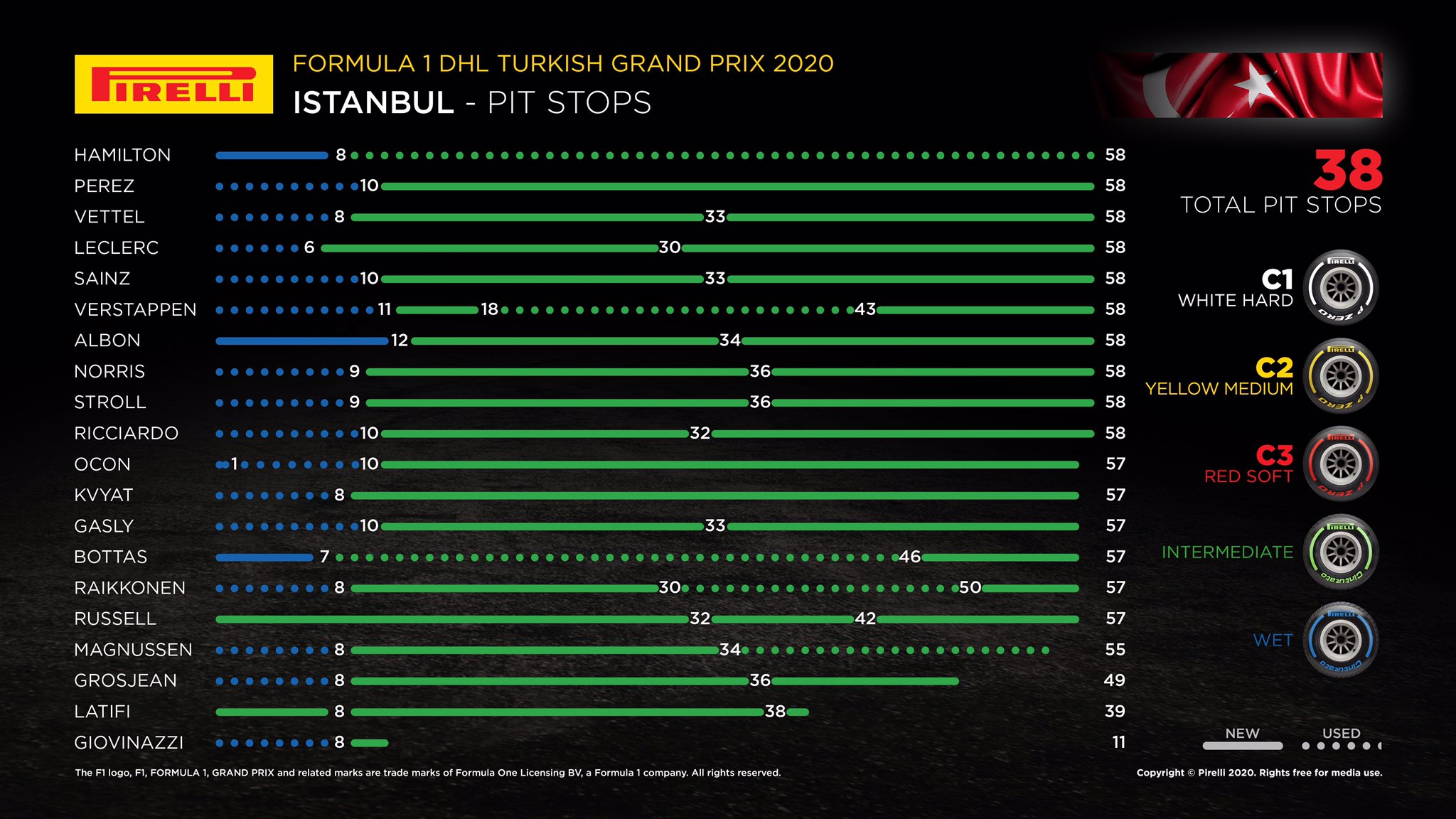 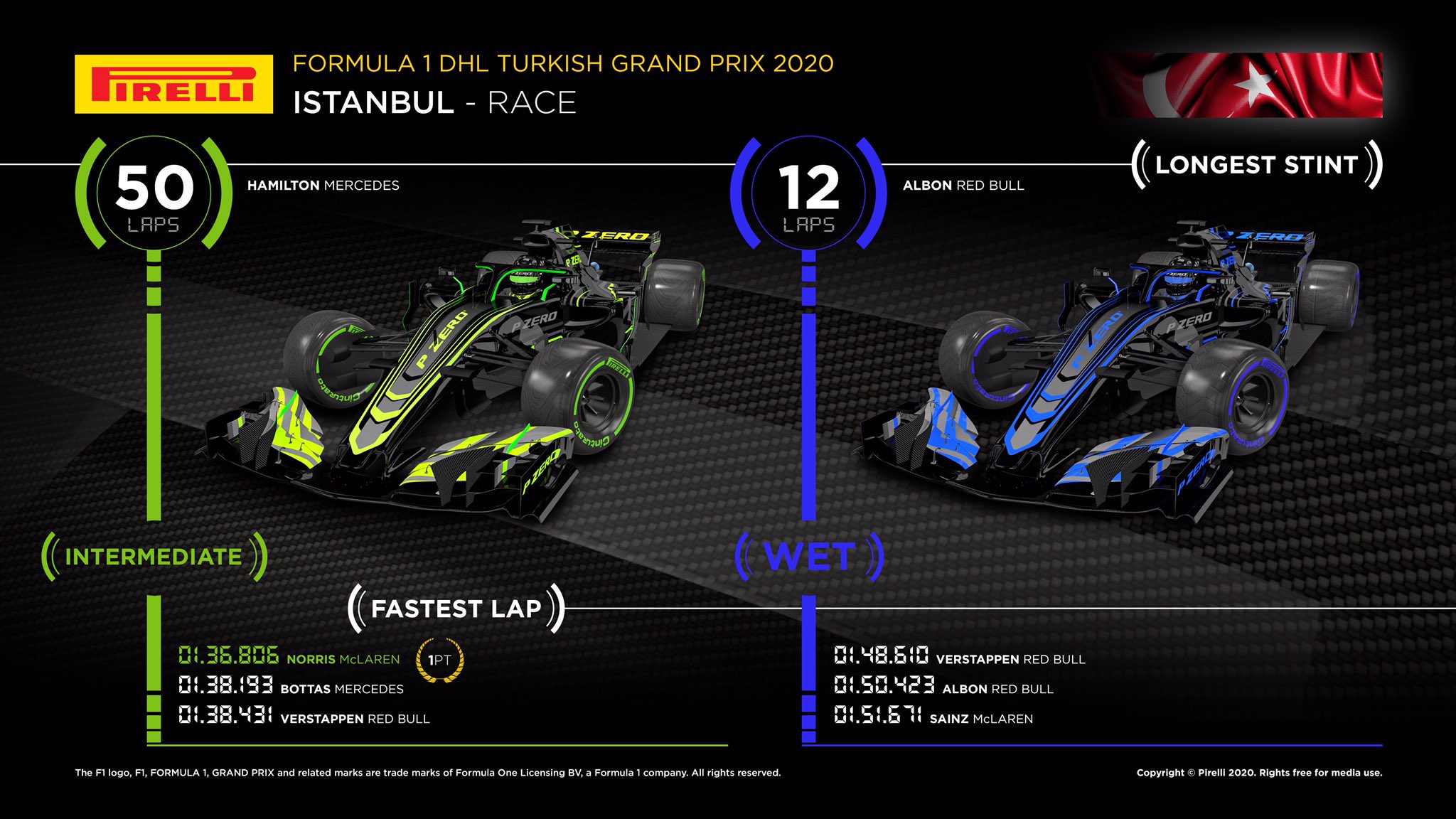 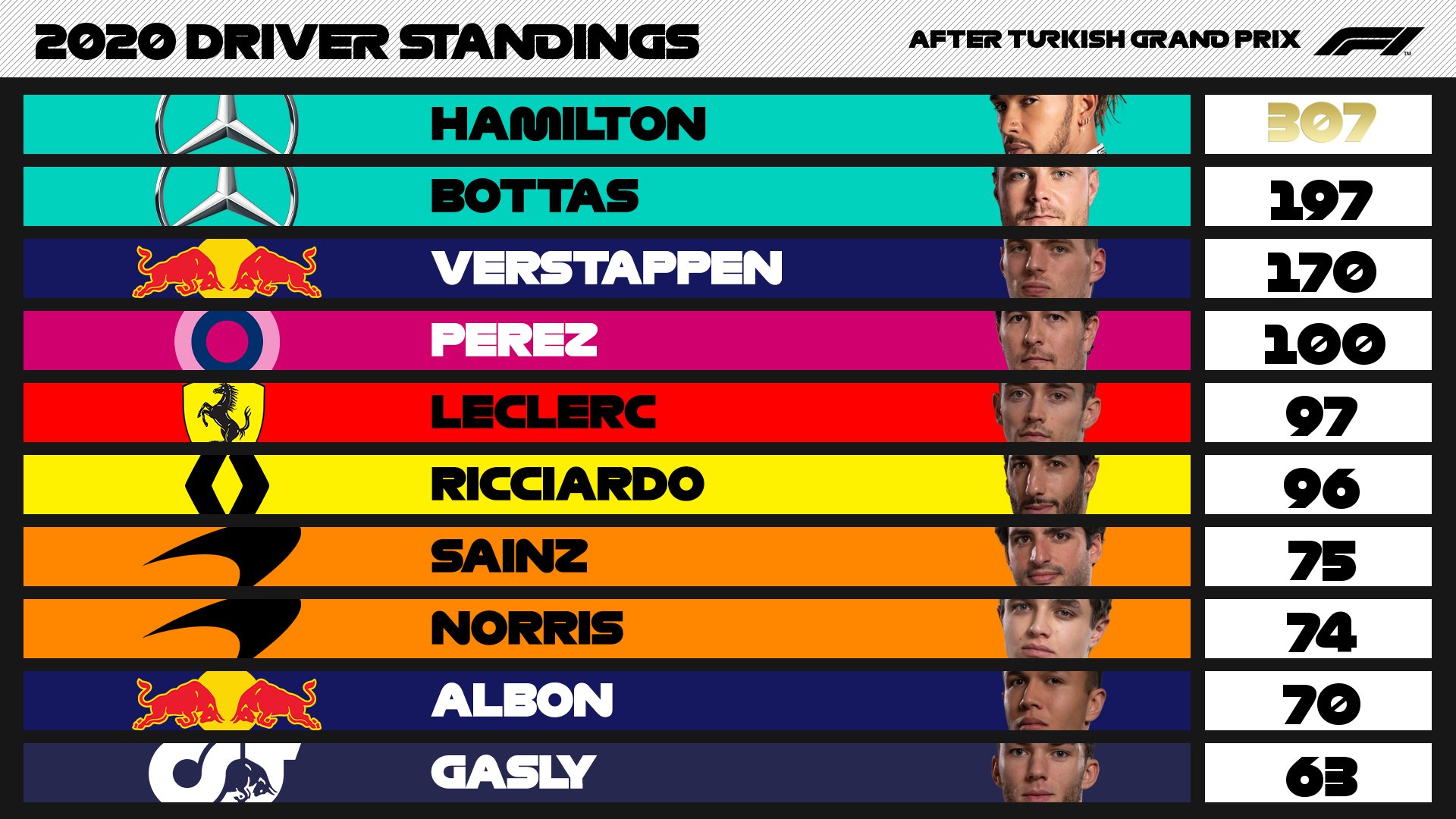