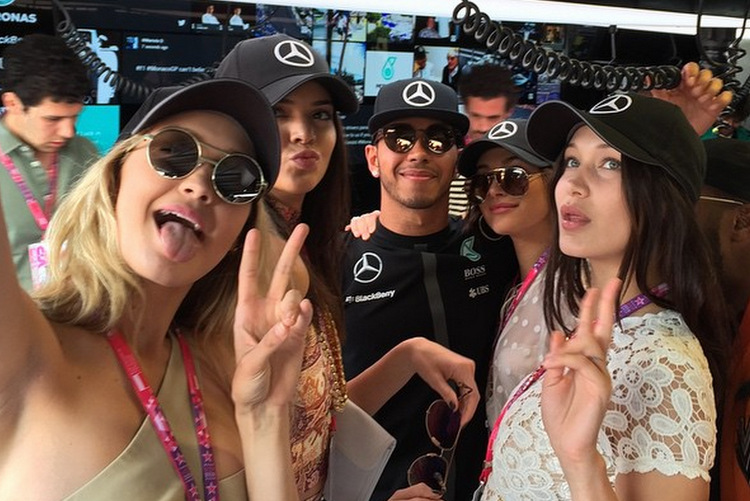 Six times Formula 1 world champion Lewis Hamilton called for more women in motorsport after the all-female W Series announced on Thursday it will be supporting the top flight at eight grands prix next season.

There are no female drivers in Formula One, with Italian Lella Lombardi the last to compete in a race in 1976, and women racers are a rarity in the junior series that feed into the top category.

Hamilton said the partnership with W Series, which uses Formula Three cars and aims to help women up the motorsport ladder, was a positive step.

“It´s not just that. It is having more women involved. At the moment it is a male-dominated sport and that does need to change.”

No details were given about which grands prix the W series would race at, although founder and chief executive Catherine Bond Muir told reporters F1’s season-opener in Australia in March was probably too early.

This year’s cancelled W Series championship would have supported grands prix in Mexico and the United States in October and that could again be a possibility.

The series started up in 2019 but cancelled racing this year due to the COVID-19 pandemic.

“When we promised that W Series would be bigger and better in the future, partnering with Formula One was always our ultimate objective,” said Bond Muir.

“There is no doubt that, now that W Series will be run alongside and in collaboration with Formula One, our global reach, impact and influence will be increased significantly.”

Britain’s Jamie Chadwick was the inaugural champion of the series, which featured six rounds supporting the German Touring Car Championship (DTM) and paid out $500,000 to the winner.

Top drivers in the series will be eligible for points towards an FIA super licence needed to race in Formula One.

Formula 1’s managing director for motorsport Ross Brawn said W Series had been “a beacon to many” since the championship started, adding, “We believe it is incredibly important to give everyone the chance to reach the highest levels of our sport.

“Their partnership with Formula One next season shows our determination and commitment to showcase their exciting series and the importance of building greater diversity across the sport.”

Bond Muir said the W Series would prioritise free-to-air broadcasters, such as Britain’s Channel Four, “We are not looking for big bucks for TV deals, what we are looking for is reach,.

“We want to be a truly global international series and the only way we can do that is by getting into as many households as possible,” she explained.

Formula One this week published a draft 2021 calendar with a record 23 races running from Australia in March to Abu Dhabi in December.