Verstappen: 90% of the field could win in the Mercedes 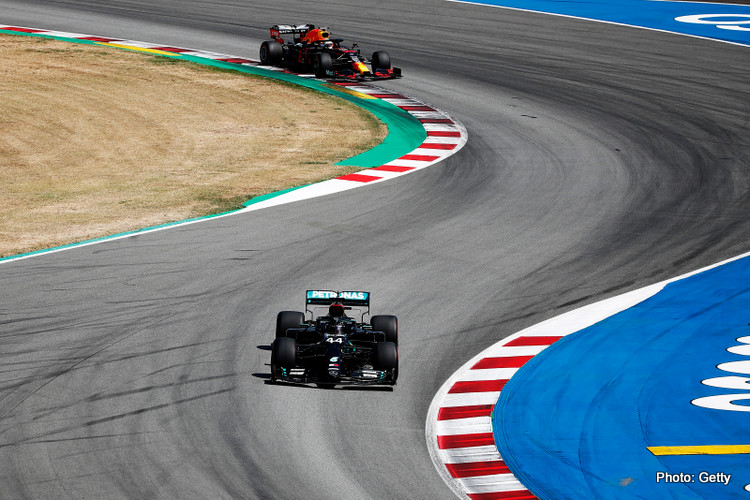 Red Bull’s Max Verstappen says he is not frustrated by the success of Lewis Hamilton and Mercedes, but maintains their car is simply on another level compared to the rest of the Formula 1 grid.

In what has became a semi-regular refrain over the past 12 months, Verstappen has repeatedly highlighted the performance gap in the cars driven by himself and the Briton.

Now with Hamilton on the verge of a record-equalling seventh driver’s championship, Verstappen brought up the notion again when asked by the official F1 magazine whether he was frustrated by Mercedes’ success.

“OK, maybe others wouldn’t be as dominant as Lewis is, but you accept the situation you are in and you just try to make the best of it. I’m not frustrated, I’m more focused on what can we do to try and beat them.”

In what Verstappen terms as “the middle of nowhere”, he is set to finish third in the championship for a second consecutive season, leading him to suggest that there were a litany of things his team had to “do better” compared to Hamilton and Mercedes.

“There are quite a few things at the moment,” he explained. “First of all we are always too slow at the beginning [of the season], so we need to make sure we have a car that hits the ground running and is a lot more competitive.

“How to do that? Clearly we haven’t found it, so we need to change our approach. We need to find a different way of working. In terms of operations, we are good: we have really good pitstops, we’re good at strategy. I don’t think there are a lot of things that go wrong there. Besides that, clearly this year we were lacking in power. There are quite a few things we have to work on to be able to fight them.”

Complicating matters, the COVID-19 pandemic has necessitated that F1 teams must carry over most of their chassis design for 2021 as well, leaving Verstappen very pessimistic about his chances of closing the gap in the near future.

“Personally I don’t think we will [contend in 2021] because of all the limitations we have at the moment in terms of what you can develop on the car.

Maybe some other people in the team will say something different. From my side I’m just realistic, I don’t think we can. So next year will be another tough one. Hopefully we’ll be a bit better but it will still be difficult to beat the Mercedes.”