Hulkenberg: That was one for the storybooks! 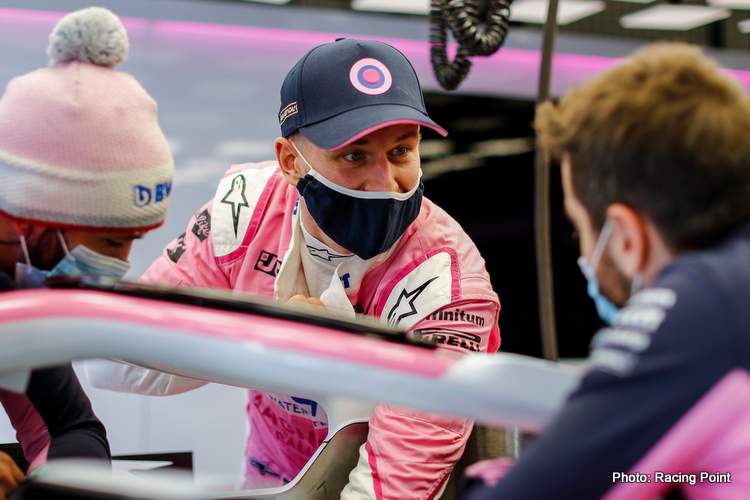 Although he finished bottom of the qualifying sheets, Nico Hulkenberg gets our ‘Driver of the Day’ award after receiving a call-up from Racing Point at 11 am Saturday morning to replace ill Lance Stroll.

Hulkenberg was also called in to sub for the team when Sergio Perez was struck with COVID-19 ahead of the British Grand Prix, the former Renault driver stepping in to sub bu did not make the start. A week later he did on the occasion of the 70th Anniversary Grand Prix also at Silverstone. He finished seventh that day.

But this time it was different as he did not have time to do FP3 at midday, and his first few laps in qualifying were all he had to familiarise himself with the track and the car again.

He said in the team’s qualifying report, “Well, that was one for the storybooks! It’s certainly been an interesting Formula 1 season.

“I got the call from Otmar at 11am: I was sitting with a friend having a coffee! I then ran to the car and got here as quickly as I could! I did the required COVID testing and I probably had around 40 minutes with the engineers before jumping into the car for qualifying.

Nico’s best effort in the ten laps he did in Q1 was 1:28.021 which was less than a second shy of Sergio Perez in the sister car, who will start the race from ninth on the grid.

The #27 car will line-up at the back of the grid for what will Nico’s 179th Grand Prix start, “Obviously, the result wasn’t amazing, but I had fun and I learned a lot of useful information.

“I know the track, but it’s been a while since Formula 1 has raced here – and the RP20 has evolved a lot since I drove it at Silverstone too. I had to go out there and learn the car, feel the grip levels, and then find the limit as quickly as I could.

“To do all that in just a few laps is a big ask, but it’s good experience for the Grand Prix. We’ll let all of that sink in and come back tomorrow, go racing and give my best in this very unexpected home race!” added the German.

Racing Point team boss Otmar Szafnauer provided more insight into a tense Saturday, “It’s been an incredibly busy and challenging day. Lance was taken unwell this morning and we took the decision not to run him for the rest of the weekend.

“He’s under the weather, but not showing symptoms to suggest COVID-19, but it was sensible to give him time to recover to full health so he can be ready for the next double-header in Portugal and Imola.

“Fortunately, Nico was in nearby Cologne and was able to easily step in for Lance. He was the logical choice given that he drove for us at the Silverstone races. He was always going to face a mammoth task to progress beyond Q1 because his first laps back in the car were during qualifying.”

Even Sergio, in the sister car, was impressed, “Nico did an excellent job in jumping into the car without any practice and getting familiar with the car and team again in a short amount of time. I also hope Lance feels better and we have him back in the team soon.”