Inside Line: F@ck off Honda and good riddance 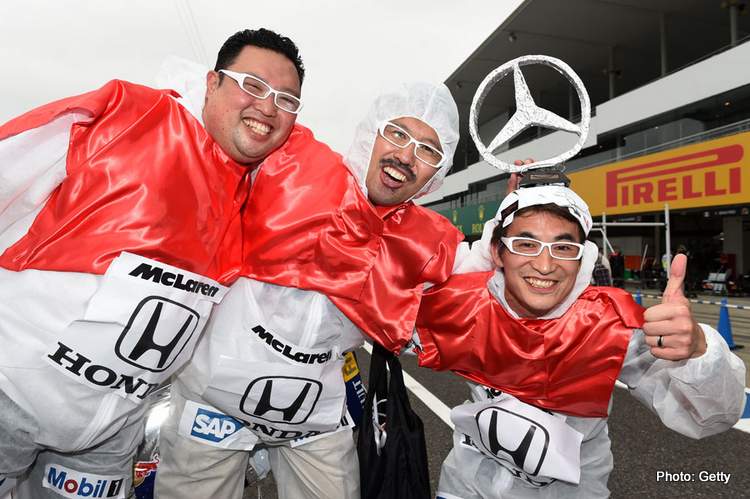 The world of Formula 1 went into shock this past week when Honda announced they would be quitting the sport at the end of 2021, triggering a slew of doom and gloom reports about the future of our sport.

Like most, I was taken aback by the news because it came out of left field. No one knew, not even Helmut Marko despite his claims; the call was made in Japan at the highest level of the corporation.

A billion dollars into their current Formula 1 programme and they are still rubbish was the consensus.

The board saw that, did the maths, realised that their Formula 2 engine needs another half a billion to make it work in F1. That’s a lot to dish out with no guarantees.

So when all else fails, Honda did the dishonourable thing and pulled-the-plug. The surprise is the fact that their engineers had turned a lemon of a PU into a winning thing. But, in truth, they could never match Mercedes and there-in lies the irony of their stupidity.

The almighty Mercedes of today is actually the fruits from Honda’s abortive foray as a constructor just over a decade ago. It was they who bailed out in 2008,  the Honda RA109 never happened as in December that year – again out of the blue with no advance warning and shocking the F1 world to its foundations – they pulled the plug on a three-year programme.

The numpties at Honda, at the time, palmed off their entire F1 team operation, which had morphed from the BAR project, over to Ross Brawn who had been brought in to steady the ship and get the Japanese owned team on the right track.

But they got cold feet, cut their losses and ran, only to witness the Brawn BGP001 – powered by a Mercedes  V8 – go on to claim the 2009 F1 drivers title with Jenson Button and the F1 constructors’ championship with help from Rubens Barrichello.

With the double-diffuser, even a Honda lawn-mower engine would have done the job. I would have loved to be a fly-on-the-wall in the Honda boardroom when this unfolded.

Thus when Daimler came looking for a F1 team, they concocted a deal with Brawn and voilà what had been Honda, in just over a year, became the Mercedes F1 Team and the rest, as they say, is history.

Honda shot themselves in the foot, without warning the F1 world was left in utter shock, as the Japanese giant humbly admitted defeat. It was a proper bombshell, Jenson and Rubens were without drives, there were no sponsors for the bright white BGP001.

It was touch and go they would make the grid but history was kind to them as we all know.

I recall those times well because that’s when I launched YallaF1.com which today is this site.

Now, fast forward to 2 October 2020 and again they are pulling the plug. Again they are bailing out with the summit in sight, their tails between their legs. Mission Not-Accomplished

Yes, trash-talking F1. The whole we will focus on electric technologies blah-blah-blah. That’s the coward’s excuse for a way out. Blame it on the game.

I do not accept the naive (offensive actually) excuse that relevant technologies are what they will pursue, which was pure PR BS because a day later Honda inked an Indycar extension. And it’s not as if F1’s carbon footprint is a sudden surprise.

Honda walked because they could not cut the mustard. They failed and don’t have the wisdom or balls to see it through to the next exciting generation of F1. They walk away heads bowed low, embarrassed surely.

While many herald the legendary relationship Ayrton Senna had with Honda. it is clear that the people who worked with the Brazilian have long ago left the building because in Max Verstappen they have their second Senna.

A driver who will take their substandard PUs and win races with it; Max keeps his tongue in check when you know he wants to give it full revs, unlike Fernando Alonso who was not shy to complain about the “F2 engine” dished out to him.

Max flatters their engine right now, the real level of their PU is in no man’s land where the AlphaTauri’s and Alex Albon dwell, a second or more down on the prodigious Dutchman in the sister car.

If anyone was going to return Honda to the former glory of the McLaren heyday it was Max.

Yet, the ‘wise-folks’ at Honda headquarters in Tokyo have jumped ship just as the playing field levels out (2022) with one of the best drivers of this generation on their side, on board with a top-three team and an engine that improves in stops-and-starts but, even in its current state, can win with Max in the cockpit.

It makes no sense from my perspective.

But it should’ve come as no surprise. Apart from the 2008 harakiri, in 1999 they also had everyone in F1 in a huff as they pretended to return to F1 as a team. Honda had a car, they had more than capable Jos Verstappen doing the development work and a ton of testing; setting impressive times in his final drive before the car was canned.

They were set for a major F1 foray but then pulled the plug when the project’s technical boss Harvey Postlethwaite died of a heart attack.

But the consensus is that they could’ve continued with what they had as a solid foundation for the programme it but instead, they cowered out of that project too. Shattering several careers in the process.

Some might see this as a rant. So be it, but all the good that Honda did in their days with McLaren and Williams can never be taken away.

However that was a different Honda when they truly had “racing in their blood” but there has been a transfusion and they are no longer family, at least not in my book. It is not the first time they have shat on our doorstep, hopefully it’s the last.

In closing, a thought must be spared for Masashi Yamamoto and his team who have toiled relentlessly and passionately to make a success of this venture, only to see the efforts castrated with sustained success on the horizon.

I feel for these people because those above them have thrown in the towel and truncated the good work they have done since Honda relegated, two of our greats – Fernando Alonso and Jenson Button – to back of the grid fodder. Arguably denying us their best days.

In retrospect, Honda will also be remembered for delivering McLaren an F2 engine for F1; then finding redemption in Red Bull with victories, only to skulk away losers and underachievers.

Fuck off and good riddance Honda and Takahiro Hachigo, your gratitude is not accepted – don’t come back!