Alonso: F1 is a contradiction, a sport where athletes cannot train 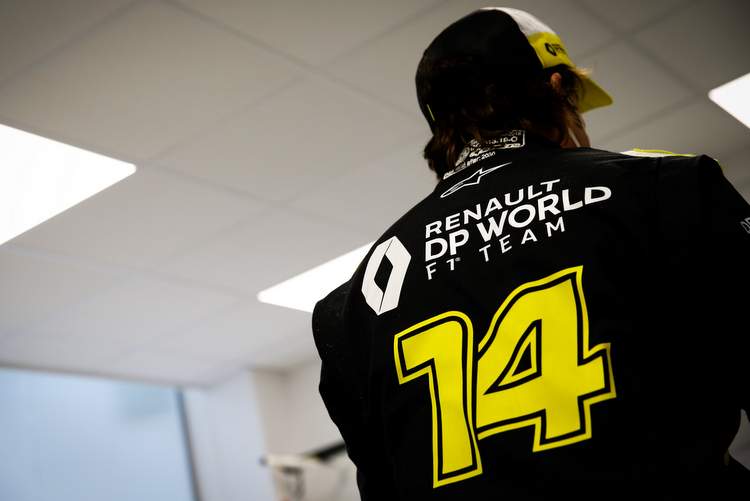 Fernando Alonso is back! The great Spaniard is already providing added value as his return with Renault (aka Alpine in 2021) looms, he is already flexing his muscles as he lmanets the lack of testing ahead of his 316th Grand Prix start scheduled for 2021.

When Fernando climbed out of the cockpit of a woeful McLaren-Honda, at the end of the 2018 Abu Dhabi Grand Prix, there was always a sense that he had unfinished business in the top flight, and it would only be a matter of time before he was back.

The time is now, already the double F1 world champion has visited the Renault headquarters of the team he won his world titles with, in 2005 and 2006, reaking the five-year stranglehold Ferrari and Michael Schumacher held over the pinnacle of the sport at the time.

Fast-forward to 2015, after legendary stints at McLaren and Ferrari, a return to McLaren followed and bombed dramatically with the Honda debacle, rendering the 32-time Grand Prix winner to back of the pack fodder where he simply had no chance to compete, sadly ending his career on a low.

Out of the confines of F1, Fernando went on to carve another chapter in his incredible legacy and recalled during an interview with Spanish newspaper AS, “I have experienced other parts of motorsport that I had thought about for a long time.

“I will not deny that the dream of racing the 24 Hours of Le Mans came about in 2013. Back in 2014 when I was at Ferrari, I spoke with Montezemolo to ask me let yourself race with Ferrari in the GT.

“Then, in 2015 with McLaren, the idea was to race with Porsche. So, when I left F1 I was able to experience those races that I had in my head such as Le Mans, Daytona, the World Endurance Championship, the Dakar…”

While old-school F1 drivers such as Jacky Ickx did manage the cross-over from the finesse of single-seaters to the off-road brutes with big success, few (if any) F1 drivers have since gone on to excel at the daunting off-road event as the great Belgian did.

But this did not deter the man from Oviedo, “I wanted to do it, I didn’t have a specific date, but I had time and enthusiasm and that got out. I did some tests and saw that I could go well, that I could be more or less competitive and not just go for a stroll. If it had not gone well I would have postponed it.

“This is how you grow as a driver and you see other driving techniques, and you also have personal growth, because they are categories requiring a lot of teamwork. Both in Endurance and in the Dakar there is a human factor that is important, which is good to experience.”

But crucially he did have time to practice and test extensively for his projects, a luxury he also enjoyed at the start of his F1 career. When Fernando was a test driver for Renault and on frequent test weekends, or over three-day midweek sessions, he would amass as many miles as a driver would in a full season of F1.

That luxury has not carried over to this new era of bare-bones testing, which he sees as a paradox, “F1 is a contradiction. It’s the most sophisticated sport in the world, with millions and millions invested but it is the only one in which an athlete is prohibited from training.

“But it is what it is, we have to look for alternative methods such as the simulator and other means to accomplish this.”

“With the change in rules, the idea might appeal to me, that’s why I put up a ‘See you later’ note on the McLaren. I didn’t want to say a final goodbye, and I left the door closed at 95% but that 5% wanted to leave it open to see how things panned out,” explained Fernando.

For the sport, Alpine and fans, things have panned out swell as the Alonso-Factor is box-office stuff and his presence already has generated great anticipation for his return, with the hope that Alpine will provide him a car capable of adding to his 32 Grand Prix victories and 97 F1 podiums.

Whatever the case it is great to have Fernando Alonso back in the house, ask any real F1 fan because his absence has been felt.