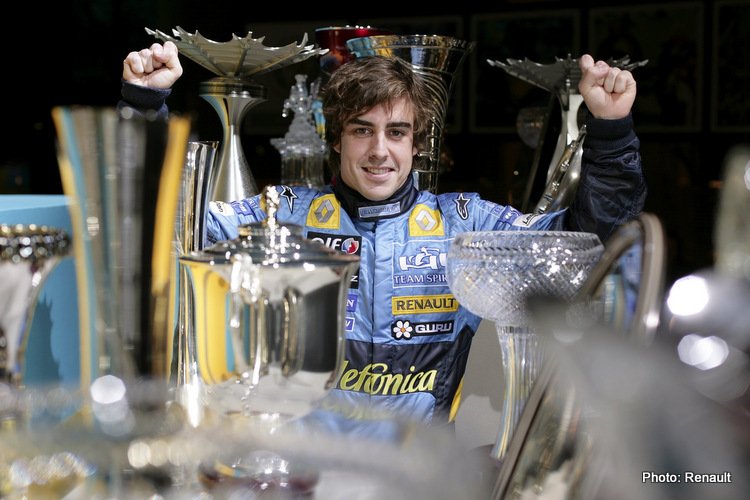 Two-time Formula 1 world champion Fernando Alonso has officially signed for Renault from the 2021 season onwards, the team announced on Wednesday.

Widely considered one of the greatest drivers of F1’s modern era, Alonso has seen his quest for a third title repeatedly frustrated in the years since, first with McLaren in 2007, then back to Renault in 2008, then Ferrari from 2010-14, and finally with McLaren again in a disastrous stint from 2015-18.

Amidst his final chapter with the Woking outfit, Alonso increasingly turned his focus to other motorsport series, making attempts at the Indy 500 in 2017 and the 24 hours of Le Mans in 2018, the latter of which he won.

In 2019 he left the sport to pursue other categories full-time with mixed results. He won again in Le Mans, but failed to qualify for Indy and finished 13th in the 2020 Dakar rally.

Throughout his time away from F1, he made no secret of his desire to return should a competitive car become available, and with the departure of incumbent Daniel Ricciardo to McLaren next season, ostensibly he believes that is what Renault can offer him in the near future.

“Renault is my family, my fondest memories in Formula 1 with my two World Championship titles, but I’m now looking ahead,” he said in a team statement. “It’s a great source of pride and with an immense emotion I’m returning to the team that gave me my chance at the start of my career and which now gives me the opportunity to return to the highest level.

“I have principles and ambitions in line with the team’s project. Their progress this winter gives credibility to the objectives for the 2022 season and I will share all my racing experience with everyone from the engineers to the mechanics and my team-mates.

“The team wants and has the means to get back on the podium, as do I.”

Echoing the Spaniard’s sentiments, team principal Cyril Abiteboul said the addition of Alonso reinforced Renault’s ambition to return to the top of the field.

“His presence in our team is a formidable asset on the sporting level but also for the brand to which he is very attached. The strength of the bond between him, the team and the fans make him a natural choice.

“In addition to past successes, it is a bold mutual choice as well as a project for the future. His experience and determination will enable us to get the best out of each other to take the team towards the excellence that modern Formula 1 demands.

“He will also bring to our team, which has grown very fast, a culture of racing and winning to overcome hurdles together. Alongside Esteban [Ocon], his mission will be to help Renault DP World F1 Team prepare for the 2022 season in the best possible conditions.”