Vettel: We have to deal with what we have 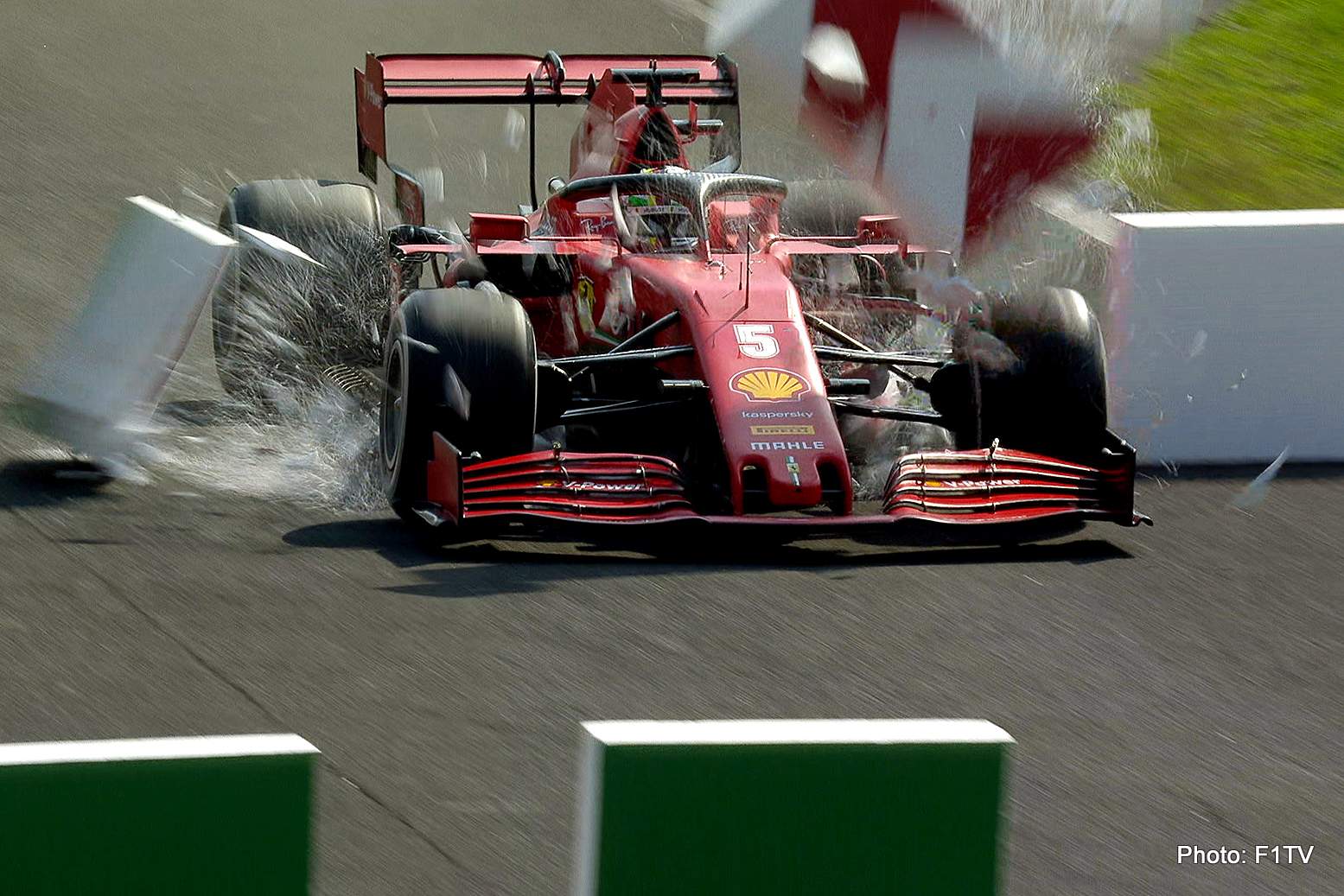 On Saturday, after qualifying, photos went viral of Sebastian Vettel watching Q2 and Q3 from track-side after being knocked out of qualifying for the 2020 Italian Grand Prix in Q1.

Things went from bad to much worse for the German after the start while struggling in 17th – where he started from – he ran out of brakes on lap six as he hurtled into Turn 1, with no stopping happening Vettel went up the escape road and through the styrofoam chevron boards with brakes flaming.

The team wisely decided to retire the hapless #5 SF1000; and not long after Charles Leclerc trashed his one while trying too hard to extract the most from what is surely the worst F1 car built ever at Maranello.

Reflecting on his short race, Seb pretty much summed up the plight of his team, “It is very difficult for the whole team at the moment for sure, but we have to try as hard as we can to have a worthy ending to the season. We have to be focused on that.

“We have to deal with what we have. Life is like this. At the moment professionally there are not many good things, but there are always some positives.”

Next weekend the Grand Prix takes place at Mugello for the first time; also a Ferrari home race, an unknown for all but the pain should be similar to what they have been through in Monza as the midfield has bunched up and the Red cars are at the wrong end of that and of course Mercedes are simply on another planet.

Seb said as much, “In terms of expectations, we cannot expect much for next weekend. You need to be realistic. But hopefully, we can have a smooth weekend without trouble. We have a lot of work to do and we have to be focused on that.

“As for my race it was very short as almost immediately I had an issue with brakes. I went on the brakes in the first chicane but the car didn’t slow and I had to drive through the run-off area. Actually it was the best possible spot to have the issue.

“We have to keep our heads up, even if it is difficult. Now we head to Mugello, a completely different track and maybe there we could be in a bit of a better place. Hopefully, we can have a clean weekend.”

The Reds have now dropped to sixth in the constructors’ championship standings, with Vettel 13th in the drivers’ standings after eight rounds.

#Seb5 had to retire due to a brake issue and #Charles16 crashed heavily at the Parabolica. He is ok. A race to forget. #ItalianGP🇮🇹 #essereFerrari🔴 pic.twitter.com/tXgEa0rwbh