Italian GP Preview: Hamilton hunting 90, who can stop him? 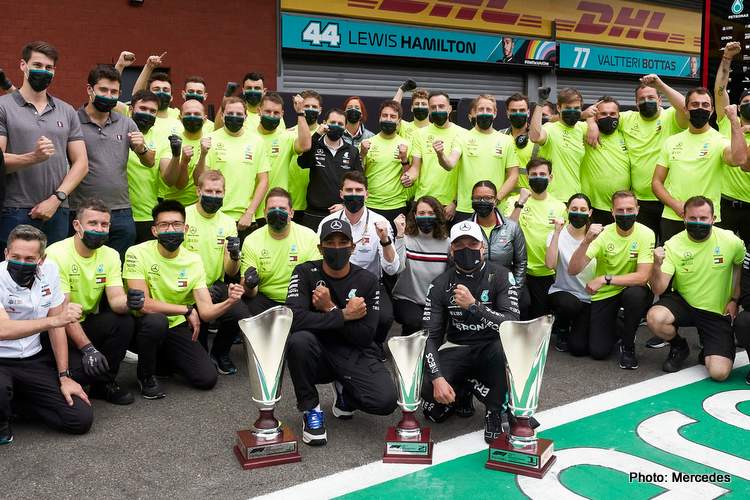 Ferrari fans are having a wretched time this season so it may be just as well that Sunday’s Italian Grand Prix will be run without spectators.

Even if a clampdown on engine modes slows Mercedes’ Formula 1 leader Lewis Hamilton, chasing his 90th career win, the locals can expect little cheer as they watch from afar due to COVID-19 restrictions.

Ferrari, fifth overall and just two points clear of Renault, are heading for their worst season in 40 years and could chart new lows in their traditional home race — this year the first of three in Italy.

The sport’s oldest and most successful team, winners with Charles Leclerc from pole last year, drew a blank in Belgium last Sunday after failing to qualify in the top 10.

A repeat, at a similar ‘power’ circuit, would be a humiliation for a team who have lost engine performance since a confidential and controversial settlement with the governing FIA earlier this year.

The last time Ferrari failed to score at Monza was in 2005, when only the top eight took points but Michael Schumacher still finished 10th.

“You have to be realistic, you cannot expect miracles. The package is what it is,” said four-times world champion Sebastian Vettel after Spa.

“We are not as strong as we would like to be so we need to stay optimistic and see the good things, even if at the moment there are not many.”

Hamilton, 47 points clear of Red Bull’s Max Verstappen and heading for a seventh world title, is a five times winner at Monza.

Another victory, his sixth in eight races, would line the Briton up to equal Schumacher’s record 91 wins at Mugello, a Ferrari-owned track hosting a grand prix for the first time to celebrate the Italian team’s 1,000th race.

“I know the implications of the rule that´s come in to try and take away… try to slow us down but I don´t think it´s really going to make a big difference,” Hamilton told reporters of the engine mode change.

“Whatever is thrown at us we go to the drawing board, we hash it out, we communicate, we delegate and then we execute it. That´s what we do,” he added.

“Keep throwing the punches and we will do our best to return back just as hard.”

But we DID give them a call – and look who joined! 👀@LewisHamilton talks about overcoming challenges, beating negativity, and leaving a positive legacy ❤️👇 pic.twitter.com/iiPHE4FJay