Vettel: We need to stay calm 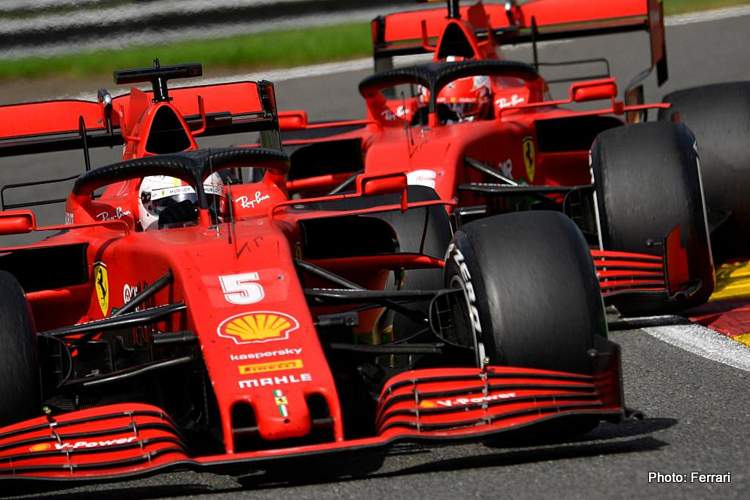 Sebastian Vettel has called on his team and their fans to stay calm as Ferrari endured one of their most embarrassing performances in memory, neither Red car finishing anywhere near the points in Sunday’s 2020 Belgian Grand Prix.

After both Red cars failed to make it beyond Q2 in qualifying on Saturday expectations were tempered, but in the race the SF1000 was ineffective and after their two-hour slog at Spa-Francorchamps, Vettel was 13th and teammate Charles Leclerc 14th.

Add to that the fact that no Ferrari powered car finished in the points, none of the six ever looked like doing so at the power-hungry venue. The fall-out will be enormous in Italy, while Mattia Binotto’s position as team boss is sure to take a battering as his team has now descended lower than anyone could have imagined.

Formula 1 cannot afford a Ferrari team in such disarray and with no hope in sight to mount a fight or become the force it should be again. There will be shouting and gesticulating at Maranello. no doubt.

Perhaps prompting Vettel to show some leadership amid the crisis, “We need to stay calm, not get frustrated as being frustrated doesn’t take you anywhere.

“Hopefully the problems are Spa-specific. There are a lot of lessons from this weekends and we have two important races coming we need to focus on. I think this track maybe exposed our weaknesses a bit more than others.

“The package is what it is. We need to stay optimistic and see the good things, even if there are not many. I tried a lot of things to drive around these problems, but we were not quick enough. We cannot pull out miracles.

“We tried everything with both cars, but we were just too slow. I hope the situation on this circuit doesn’t repeat itself.

“I believe we can do a bit better next week. We must work to make sure that we take everything we can from this weekend, learn all there is to learn and go forward,” added Vettel,.

The German departs Spa 13th place in the drivers’ standings on 61 points after seven rounds, 141 down on championship leader Lewis Hamilton. Vettel has ten races left as a Ferrari driver and will depart the team, he has been with for five years, after the season finale in Abu Dhabi in December.

A Scuderia squeeze at Spa for Seb and Charles 😳 👀#BelgianGP 🇧🇪 #F1 pic.twitter.com/w9inhF1j21