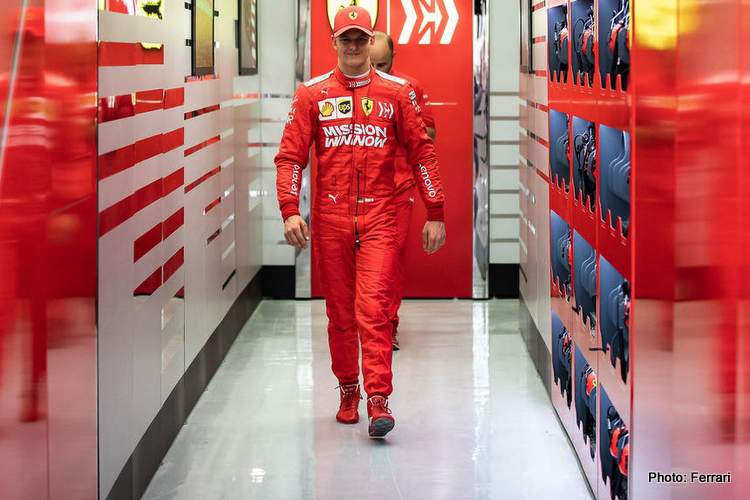 Overshadowed the hullabaloo of the Ferrari demise at the 2020 Belgian Grand Prix, is some interesting Silly Season stories emerged from the Spa-Francorchamps paddock of which some big changes at Alfa Romeo are on the cards for next season.

For the past two seasons hey have ended the championship in eighth place, right now that’s where they stand. But it would be fair to say their package this year is their worst since Sauber morphed into Alfa Romeo, in a Ferrari junior team style deal.

This year with Kimi Raikkonen really stretching it with a season too far. What is he doing pottering around at the back of the field? Sad.

And then, of course, another sad case, the failure of Antonio Giovinazzi to convince anyone he is the real deal for Formula 1. Granted his junior career was impressive, but so were those of many who never even made it into the top flight.

Ferrari have believed in Giovinazzi despite all the cars he trashed. His self-destruction during the race in Belgium was a prime example of everything that’s wrong with the kid. Under no pressure he makes mistakes, under pressure he also makes mistakes.

His minders have been very patient, but his career in F1 is a forgettable one. He struggles to keep up with his over-the-hill teammate, and when he tries he crashes; he has 43 Grand Prix starts to his name. How many more does he need?

Meanwhile, after Spa, more than one scribe and snapper I know confirmed reports that a deal to get young Mick Schumacher into F1 is gathering steam. And of course, that door, make it the red carpet has always been on stand-by. And it could be block-buster stuff…

Already the German has tested for Alfa Romeo and Ferrari.

The son of legend Michael Schumacher did not shine in his rookie F2 year; this year he has the experience and pace on his side but has not yet stood on the top step of the podium. However, Prema Racing teammate Robert Schwartzman has three victories to his name, including last time out at Spa where he beat Mick.

The Russian rookie, also Ferrari Driver Academy alumni, is proving to be the find of the year in the feeder series and at 20 is showing up 22-year-old Lil’ Schumi,.

So the logic would be “get Mick into F1 next year, see what he is made of and if he bombs after a year (or two) then young Robert is next in line.”

Which means, no confirmation as yet, the smart money is on Antonio departs for obvious and valid reasons, and thus a step-up to Alfa Romeo for Mick because a third year in F2 would be an embarrassment.

In his McLaren heyday Kimi in full flight was the real deal, at Ferrari the first time he got wiser and nabbed the 2007 title; then he sold-out for a sabbatical; returned with a shit team (Lotus) and actually won some races, never got paid apparently; money is important so off he went back to Ferrari agreed to be number two forever (for lots of money) and that was that.

What we have now is Kimi taking up space of younger guys more deserving. The Iceman has become The Journeyman – a sad legacy for a legend who deserves more. Time to move on.

Again yet to be confirmed, in his place, bringing experience and some handy-speed – hello Nico Hulkenberg. It is a travesty that The Hulk sits it out this year as he is still better than half the guys on the grid right now.

Hinwil is primed for a driver revolution according to the latest chitchat, coupled to the maths we get: Mick and Hulk at Alfa Romeo next year.