Vettel: It’s the true picture, it’s what the car can do 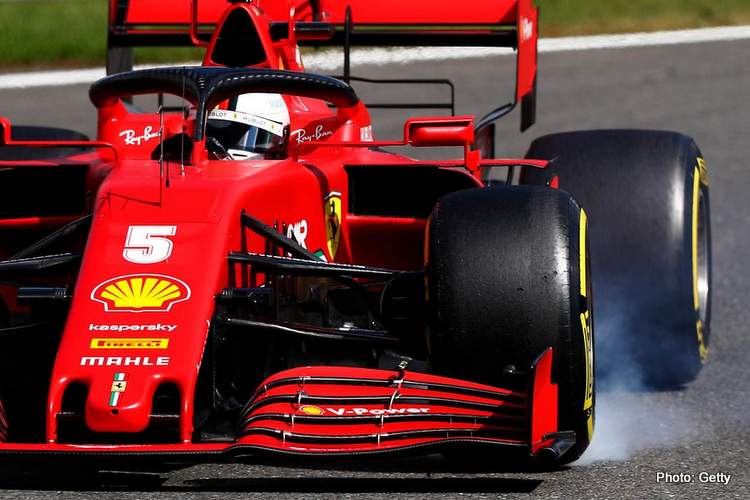 Ferrari’s woes this weekend have been well documented on these pages, their performance hitting an alarming low during qualifying for the 2020 Belgian Grand Prix on Saturday, totally outclassed by the pace-setting Mercedes

The Reds continue to sink rapidly to the wrong end of the timing screens with Sebastian Vettel’s best effort only good enough for 14th place on the day.

The German was convinced he had extracted the maximum from pitiful SF1000, “It’s the true picture, it’s what the car can do. We’re not where we want to be but that’s not the first race or first qualifying where that’s the case.

“We tried our best. It’s the car that we have and it’s the car that we’ve had for the whole season. So it’s not a surprise today. This morning it looked like we would not get through to Q2,” Seb told reporters after Q2.

Later, in the official team report, he was more positive, “We need to stay strong and keep doing what we are doing as we knew this would be a tough weekend for us.

“We lose quite a bit on the straights and this circuit has a lot of straights. We are also struggling to get the tyres working properly. However, the race is long so you never know what might happen.

“In the end, I think today’s result reflects our real level on a track like this. We are ready to do battle tomorrow, I don’t think the rain can change a lot but for sure we will be trying anything, also on strategy, to bring home some points,” added Vettel who qualified on the front row last year at the venue.

His teammate, Charles Leclerc fared a little better today and will start from 13th; the pair of Red cars ‘owning’ row seven on the grid at Spa for Sunday’s race.

Ferrari sporting boss Laurent Mekies backed his drivers, “A very difficult qualifying with neither driver making it to Q3. “With very little grip, Charles, Sebastian and the team did what they could, turning the setup on its head to try and at least to get back to the performance level we had seen in previous races.

“We will do all we can and then work on finding out why we never managed to get our package working properly, right from the first free practice session,” conceded Mekies.