Albon: I don’t expect this weekend will be easy 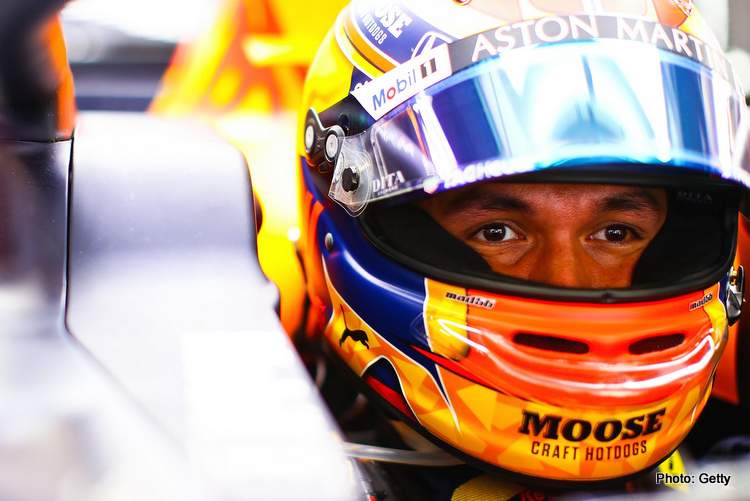 Ahead of last year’s Belgian Grand Prix, the big news during the summer break was the demotion of Pierre Gasly from Red Bull back to Toro Rosso and rookie Alex Albon given the nod to join Max Verstappen in the sister car.

A year has flown as Alex recalled in his Spa preview, “It’s crazy! It’s gone fast, that’s for sure. It definitely doesn’t feel like a year.

“I was pretty nervous going into my first race with the team. Obviously you want to do a good job because you want to make a good impression. I didn’t know anyone, and I’d only been in F1 for six months with Toro Rosso, so going to a big team was obviously very new to me.

“Now I know everyone, I’m settled in with the team, we’re making progress each weekend, so it’s nice to go back to the circuit where it all started.

“I remember this weekend last year and even though the team didn’t give me any pressure, you know you want to do well and do the best job possible so to have a race like last year was pretty special.”

Twelve months down the road and Albon has not done enough to convince fans and pundits that he will ever be a match for teammate Verstappen who is currently trouncing his teammate 6-0 on all fronts this season. Yet Red Bull remain remarkably patient with their driver.

Going to Spa-Francorchamps, he relishes the opportunity to run back-to-back races for the first time as a Red Bull driver, an experience he did not have at the previous three venues on the calendar so far. Last year in Budapest, Silverstone and Barcelona he was a Toro Rosso driver.

Like Max, Alex predicts a tough three days on a track that rewards horsepower, “I don’t expect this weekend will be easy as Spa is pretty straight-line dependent and Mercedes are very strong power-wise.

“That being said, in Silverstone we didn’t expect much and we were flying there so let’s see! It’s not always clear where the advantage lies at each circuit with temperatures, tyres, etc.

“I really enjoy Spa, it’s a nice track that I don’t think has suited us that well in the past, but we’ve seen this season is full of surprises so let’s get out there and see where everyone stacks up.

“I’m looking forward to this weekend, I can take what I learned from last year’s race and apply it to this one so there’s a bit of experience that I can take with me which is nice.

“We already had ideas last year and I remember how the car felt – of course it’s a different car this year but it’s still got similar traits so it’ll be good to compare and see what we can do.

“As we’ve seen this season, we’ve had some really good races and Spa is good for overtaking so I’m excited to hit the track and get going,” added Albon who lies sixth in the drivers’ championship on 40 points; teammate Max has 55 more and lies second in the standings.