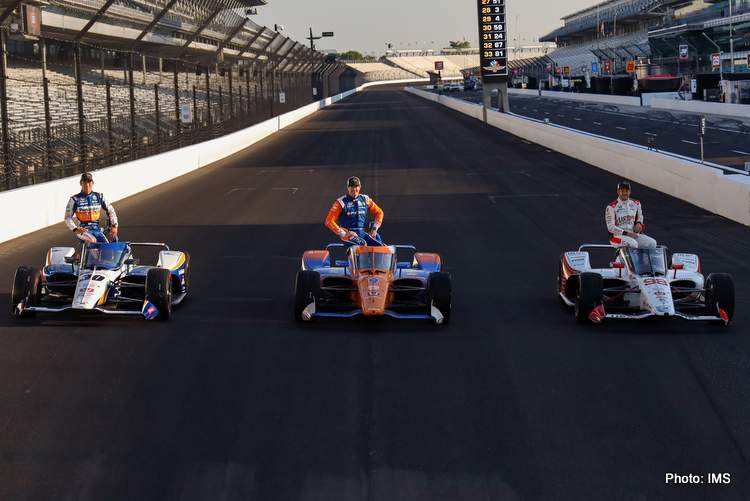 For a change, the Indianapolis 500 weekend does not clash with the Monaco Grand Prix and thus all eyes are deservedly on the Brickyard this Sunday, gifted the full spotlight for the World’s Greatest Race as it is claimed to be.

This year, ahead of race day, Mark Miles can close his eyes and still hear the deep, resonant voice of longtime Indianapolis Motor Speedway announcer Tom Carnegie’s voice echoing across the cavernous facility each May as it announced a new track record.

It doesn’t matter much that Carnegie, who came to be known as the “Voice of the Speedway” during 60 years at the track, retired in 2006, five years before his death. His signature calls of “He’s on it!” and “It’s a new track record!” became the soundtrack for thousands of fans who made the pilgrimage to the Brickyard.

“That excitement,” said Miles, the chief executive of IndyCar, “is just part of the brand.”

Yes, speed has always been part of the brand. But even though the 33-car field that will take the green flag in Sunday’s race — postponed from its typical Memorial Day weekend date by the coronavirus pandemic — is the second-fastest in history as a collection, the top speed set by pole sitter Marco Andretti of 231.068 miles per hour (371.87 kilometres per hour) remains well off the record.

Tony Stewart set the pole mark of 233.100 mph in 2006 on a track that had been just resurfaced, while Arie Luyendyk eclipsed him with the fastest single lap in speedway history with a mark of 236.986 miles per hour (381.39 kilometres per hour) the following day.

Those records might not be safe too much longer.

IndyCar increased the amount of boost this year to help compensate for the weight of the new aeroscreens designed to provide more safety for the driver. That’s a big reason for the increase in speed. But it also follows a long-range plan put in place by IndyCar to slowly build up the kind of speed that has captured the public’s imagination over the years.

“As long as the progression is managed,” IndyCar president Jay Frye said Wednesday. “We were smart the other day. Our engine manufacturers started working toward this last fall. Who knows? We just have to be smart moving forward.”

IndyCar has long sought to have a third manufacturer join Honda and Chevrolet in providing power plants, and Ferrari’s Mattio Binotto said earlier this year the Italian company synonymous with Formula One was evaluating the opportunity.

Frye declined to address Ferrari specifically but acknowledged a third manufacturer could join the fray soon.

“We’ve said for a long time a third is very important,” Frye said. “We’re having conversations with numerous manufacturers. We’re optimistic. A lot of things have changed and flowed and moved. How that’s going to be navigated is very fluid. But lots of them like what we’re doing. They like the direction we’re going.”

IndyCar postponed its race at Mid-Ohio after a surge of COVID-19 in the state, and Miles said the plan remains to run a double-header on the road course Sept. 8-9. That would follow a double-header in St. Louis and make three straight weeks of racing for IndyCar, which hasn’t been on the track for an actual race since July 18 in Iowa.

“It’s going to be driven by the situation on the ground in Ohio, and it will probably be something we don’t know until we get closer to the end of August,” Miles said. “The teams are ready to go. We’d like to be there. NBC has some time for us.”

NBC, which took over the Indy 500 from longtime broadcaster ABC last year, has leaned heavily on IndyCar to help fill its live programming space amid the pandemic. The result has been approximately the same number of hours on the network in 2020 as last season, even though IndyCar has run three fewer races to this point.

Miles also said audience numbers are up about 20% with Sunday’s running of the Indy 500 likely to boost them even more, especially without any fans in attendance. The local TV blackout has been lifted for only the fourth time.

“We’ll miss those fans incredibly,” said Mike Tirico, who will handle hosting duties for the second straight year. “But the Indy 500 is the Indy 500, and there’s never been one like this year. So I’m looking forward to documenting that history.”

Even though fans are not allowed, many have turned up in the parking lots surrounding the speedway because of an innate desire to be close to the action. And while Indianapolis Motor Speedway president Doug Boles ventured out to join them for pole qualifying Sunday, he is encouraging all of them to stay home on race day.

That goes for first-time visitors and those who have attendance streaks five decades in the making.

“The TV coverage is better than anything you get standing at 16th and Georgetown,” Boles said. “We do know that fans will show up because this is the place they want to be, but wear your masks. Socially distance. Do the things the state requires.

“And for the most part people were doing that. I want to be able to say to this entire community, had we been able to have folks here, they would have done what we asked them to do.”