Formula 1’s newest fastest of all time list is laughable 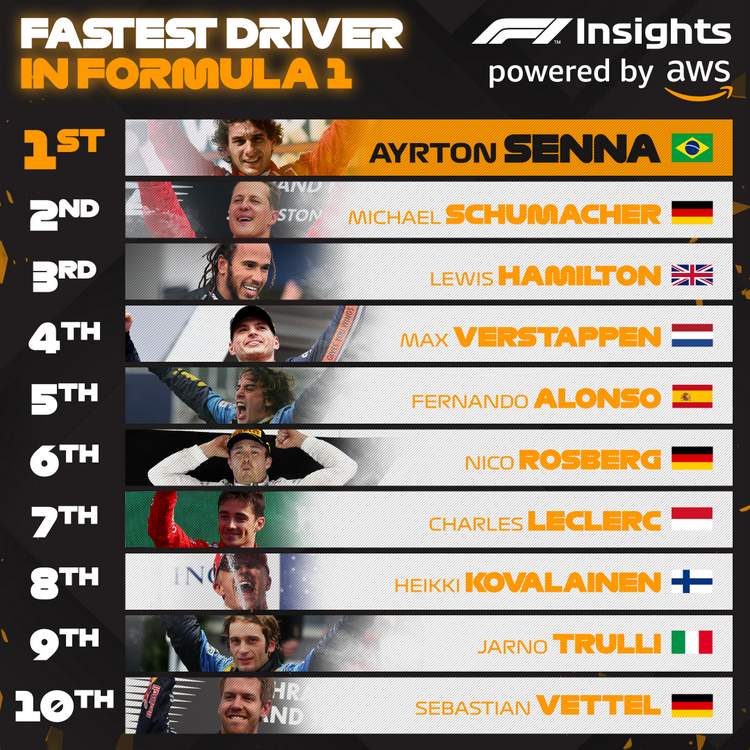 Formula 1 found the quickest route to an argument on Tuesday by publishing a list of fastest drivers in the sport’s history, produced by an algorithm.

Other names jarred in comparison to such high achievers, with the list, fuelling an age-old debate and mainly for entertainment, swiftly derided on social media.

Heikki Kovalainen, who bowed out of Formula 1 in 2013 with one pole position and one win after 111 starts including two years at McLaren in Hamilton’s shadow, ranked a surprising eighth.

In terms of success, Kovalainen does not rank even among Formula One’s top three Finns.

Italian Jarno Trulli, another one-race winner who was famed for qualifying well and then holding up a string of faster cars at the head of a “Trulli Train” during the race, came in ninth.

“Just when you think 2020 couldn’t get any worse for Seb he comes out in 10th stuck behind Jarno Trulli,” quipped one fan on Twitter in a nod to Vettel’s current woes at Ferrari.

Others on social media compared the algorithm to one that caused uproar when it downgraded students’ results in England after their tests were cancelled due to COVID-19.

There was no mention of Colombian Juan Pablo Montoya, whose 262kph average speed in qualifying at Monza for Williams in 2004 was the fastest lap in Formula 1 history until Ferrari’s Kimi Raikkonen — another omission — averaged 263kph in 2018.

Champions Nigel Mansell and Mika Hakkinen did not feature but McLaren’s Lando Norris, in only his second season, was 15th.

Despite Formula One talking up the “fastest driver of all time”, the ranking also featured data only from 1983 to the present day — just over half of the sport’s 70 championship seasons.

The Formula 1 website said the algorithm gave a higher ranking to drivers who either dominated teammates in qualifying or showed up well against strong teammates. And proudly report:

The team behind ‘Fastest Driver’ – headed by Formula 1’s Director of Data Systems Rob Smedley and Director of Broadcast and Media Dean Locke, and Amazon ML Solutions Lab’s Principal Scientist and Senior Manager Dr Priya Ponnapalli – found ways and means to detect and protect against outliers like crashes, car failures, changing weather conditions in a qualifying session and even age in the data to create a fair ranking.

“With machine learning, there are a number of opportunities to apply the technology to answer complex problems, and in this case, we hope to help settle age-old disputes with fans by using data to inform decisions,” says Dr Ponnapalli.

“We’re excited to be able to continue to collaborate with an organisation like F1, which has such a data-rich catalogue of information… For us at AWS, it’s exciting to see machine learning being used in a way that everyone can relate to,” the doctor added.