Wolff: I sold the Williams shares but I got them back 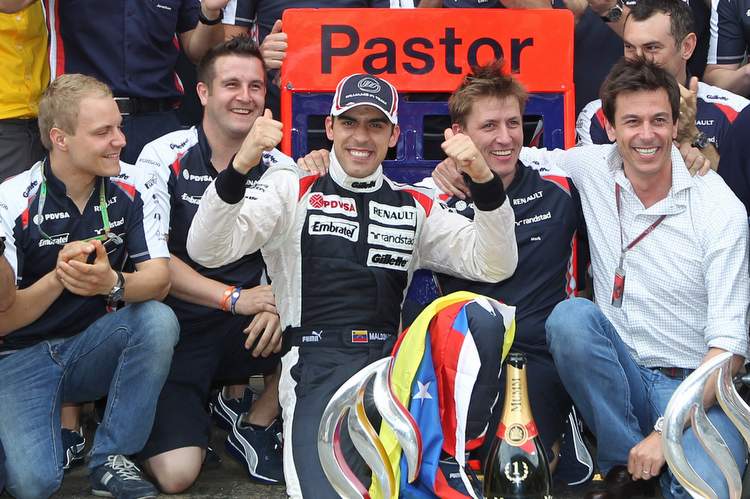 Toto Wolff is the reluctant owner of Williams shares after he was returned the 5% of the 15% he ‘sold’ back to the team when he departed for his post as Mercedes motorsport boss in 2013.

When the last payment due defaulted last year, Wolff revealed that the shares were returned and thus he still has a slice of the Grove outfit.

The state of the Williams shares was provided by Wolff himself during an unusually candid team principal’s press conference on the Friday of the Spanish Grand Prix weekend in which he wore his heart on his sleeve, revealing how he is considering his future in the sport.

He reiterated the case of the returned Williams shares, “To clarify: I sold the Williams shares but I got them back because they were held in escrow and the last payment defaulted.

Claire Williams clarified last month, “Toto, as everybody knows bought a shareholding a long time back now, back in 2009, from Frank [Williams] and Patrick [Head]. He then obviously subsequently joined Mercedes, and as part of that move, he obviously had to divest his shareholding.

“Brad Hollinger, who is one of our minority shareholders at Williams and a non-exec director, bought the majority of those shares from Toto, but has not completed on that remaining 5%, so they have returned to Toto’s hands,” confirmed the deputy team boss.

Wolff bought a share of Williams F1 Team in 2009 and joined the board of directors. In 2012, he was named executive director of Williams F1 and that year the team took its final race win to date at the Spanish Grand Prix with Pastor Maldonado.

In January 2013, Wolff departed Williams F1 to take up the post of executive director of the Mercedes AMG Petronas Formula One Team.

In addition to joining the team as managing partner, he also acquired 30% of Mercedes-Benz Grand Prix Ltd, with a further 10% held by the late Niki Lauda and 60% by Daimler.