Racing Point to appeal against punishments over car 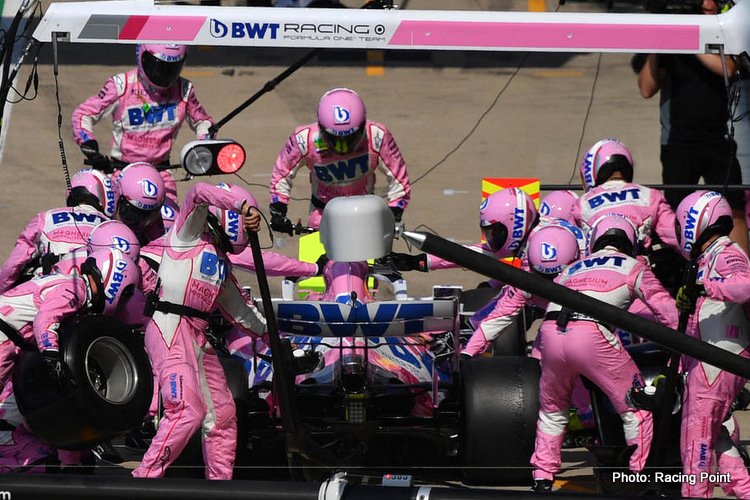 Racing Point are to appeal against the FIA’s verdict regarding the legality of their Formula 1 car after the team were docked 15 championship points and fined 400,000 Euros for illegally copying Mercedes’ 2019 car brake ducts.

Racing Point had 96 hours from their notification of the penalty on Saturday to lodge an appeal, and F1 say now that has been done the case will go to the FIA’s International Court of Appeal on a date to be determined.

On Sunday team co-owner Lawrence Stroll launched a staunch defence of the car, insisting: “I have never cheated at anything in my life.

His statement continued: “These accusations are completely unacceptable and not true. My integrity – and that of my team – are beyond question. Everyone at Racing Point was shocked and disappointed by the FIA ruling and firmly maintain our innocence.”

Ferrari, Renault, McLaren and Williams noted their intention to protest the verdict on the eve of last weekend’s 70th Anniversary Grand Prix at Silverstone.

The four teams were keen to understand if there could be other parts on the Racing Point machine which are identical to the 2019 Mercedes. It is also understood they do not believe the verdict to be severe enough.

McLaren said on Tuesday night that they had opted not to appeal, and Williams followed suit on Wednesday.

They announced: “After careful consideration, Williams have elected not to proceed with the formal appeal.

“We believe the FIA’s decision to seek the prohibition of extensive car copying for 2021 onwards addresses our most fundamental concern and reasserts the role and responsibility of a constructor within the sport, which is fundamental to Formula 1’s DNA and Williams’ core beliefs and principles.”

But Ferrari and Renault have decided to officially appeal against the verdict, with F1 confirming that Ferrari are also appealing against the punishment handed to Racing Point.