Bottas: A privilege to drive this amazing car – it’s so quick 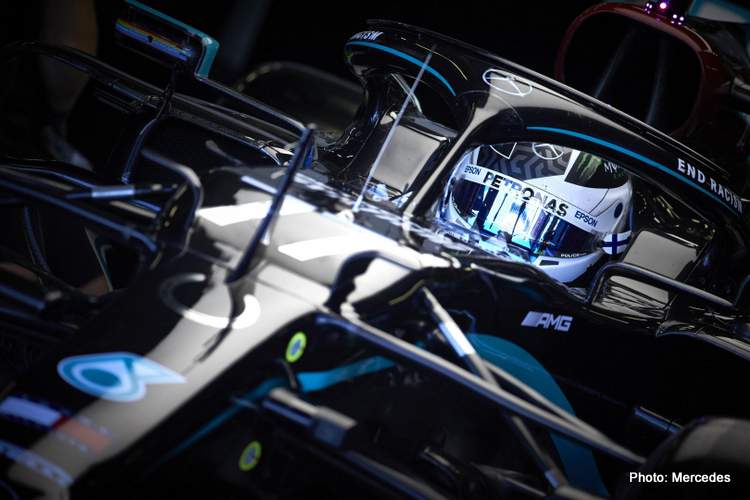 There is no doubt that Lewis Hamilton is one of the greatest qualifiers in Formula 1 history – up there with Ayrton Senna and Michael Schumacher – so when Valtteri Bottas beats him the Finn can be excused a spring in his step until, of course, he is beaten again by his Mercedes teammate.

Besting the Briton in qualifying at Silverstone took a mighty effort and full credit to Bottas for that but now he faces an even tougher test: keeping a wounded Hamilton behind him for the race will be the true test.

Can Valtteri get mean and flex his stuff when going head-to-head with Lewis? Will Merc allow it? Will Lewis countenance it? Has the one-year extension reloaded him again?

Answers to those questions are what it will take to make a contest of this season of utter Mercedes dominance, it’s all in Valtteri’s hands and how much more he can get out of the W11 – the increasingly perfect F1 car.

In his post-qualy report, the Finn was quick to give credit where it was due, “Pole today feels really good. It’s a privilege to drive this amazing car – it’s so quick.

“I love qualifying when it’s like that, it was great fun. We made some tweaks to the set-up from last weekend and for me the performance was much better today. I knew I’d have an opportunity to improve on the second run in Q3 and I pulled the sectors together,

“I got absolutely everything out of myself and the car. A one-stopper will be difficult with the compounds we have this weekend – but I know the team will be looking at all the options for tomorrow.

“I think the race pace is there and I hope I can get another good start like last weekend. I’m in a good position for the race, but we all know that the points are given on Sundays,” added Bottas who will be looking to add to his tally of eight F1 victories.

The man most likely to stop him, of course, is teammate Hamilton, the reigning World Champion was less than a tenth shy of his teammate and will be looking to make amends on Sunday and force the real Bottas to stand up and show what he really has when it matters.

Flying! 🚀 A masterclass of lap from @valtteribottas to take pole at Silverstone 👏👏 #F170 pic.twitter.com/ug3NtkounF