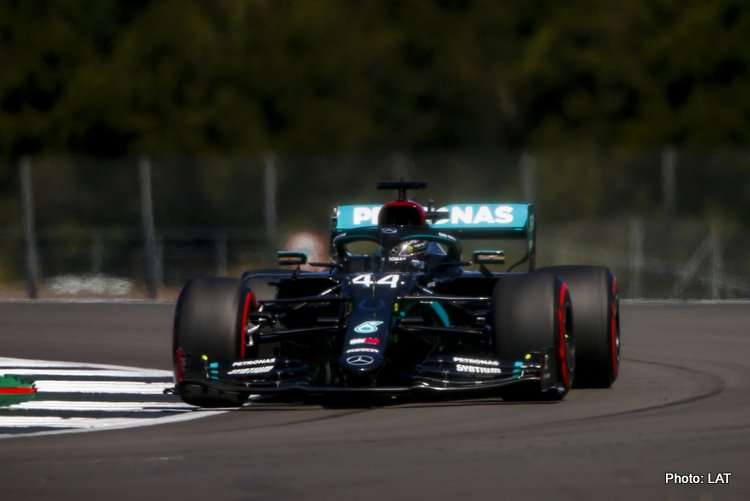 In what remains a clear two-horse race, Lewis Hamilton got the better of Mercedes teammate Valtteri Bottas in second practice on Friday at Silverstone.

Having narrowly trailed Bottas in the day’s first session, Hamilton regained the advantage with a best time of 1:25.606, 0.176 seconds ahead of the Finn.

Just as importantly, it was another untroubled session of extensive running for the Black Arrows after their tyre troubles last week, but the same couldn’t be said for Ferrari’s Sebastian Vettel.

Despite a quiet FP1 today, the constant misfortune that befell Vettel during the first weekend at Silverstone has clearly not gone away, as the German suffered a loud power unit failure going down the hangar straight.

As to his would-be midfield competitors, some incredibly close battle seems to be brewing. Sitting in P3 with a 1:26.421 Renault’s Daniel Ricciardo was 0.016s ahead of Red Bull’s Max Verstappen, with Racing Point’s Lance Stroll a further 0.064s back.

Similarly, Stroll’s teammate Nico Hulkenberg was P6 with a 1:26.746, edging the Ferrari of Charles Leclerc by 0.066s, with McLaren’s Lando Norris within 0.055s of the Monegasque.

Pierre Gasly finished 13th ahead of the aforementioned Vettel, Romain Grosjean behind them in 15th.

Last in FP1, Kevin Magnussen got off the bottom of the timing sheets in 18th, followed by Nicholas Latifi in the other Williams.

Antonio Giovinazzi was 20th, with a late engine failure of his own bringing a slightly premature end to the session. 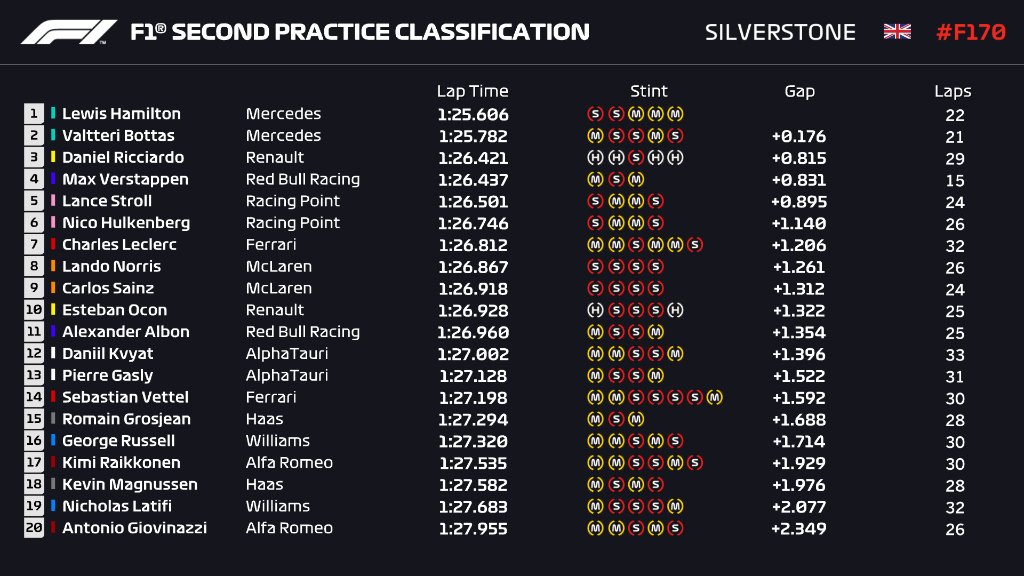