Häkkinen: If you’re going to suffer a high-speed tyre failure… 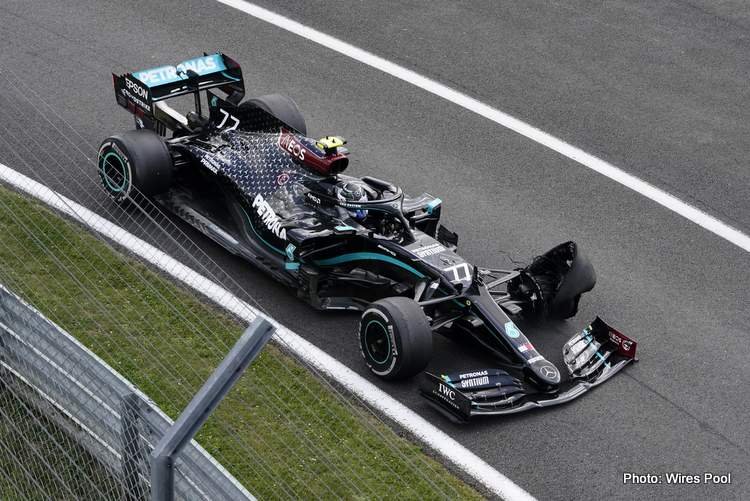 Mika Hakkinen reflects on the British Grand Prix which turned dramatic when Pirelli tyres began delaminating and disintegrating late in the race and remember similar incidents from his own career in the top flight.

Tyre failure at high speed is something every Formula 1 driver wants to avoid, and Sunday’s fourth round at Silverstone reminded everyone about this in the most dramatic way possible.

The Mighty Finn had his fair share of big scary during his career that earned him two F1 world titles with McLaren and wrote after the race at Silverstone in his Unibet column, “I suffered a number of tyre failures during my career, two of which were catastrophic. The first caused my serious accident at the 1995 Australian Grand Prix in Adelaide when my left rear tyre failed, throwing my car off the track and into a wall at 200kph.

“That caused some serious injuries, putting me in hospital, and I have the medical teams at the circuit and the Royal Adelaide Hospital to thank for saving my life.

“Then in 1999, I had another rear tyre explode, this time while I was running in third place at the German Grand Prix. I was at maximum speed, close to 340kph, and the car spun twice before hitting the tyre barrier head-on. Fortunately, the car scrubbed off some speed during its spins across the gravel trap, but it was still a heavy shunt. I certainly think that accident gave me a few more grey hairs.”

With regards to Sunday’s Pirelli meltdown, Hakkinen explained, “The front tyre problems suffered by both Mercedes cars and the McLaren of Carlos Sainz at the end of the race have had a major effect on the fight between Valtteri Bottas and Lewis Hamilton for the World Championship, now separated by 30 points.

“After a race which was once again completely dominated by the Mercedes drivers, it showed just how quickly things can change in Formula 1.

“If you are going to suffer a high-speed tyre failure it is better for it to be on a front-wheel than the rear, because the rear wheels feed all the power to the track and when one of these tyres go you very quickly turn sharp left or right. I know, because it has happened to me and is not an enjoyable experience.

“Daniil Kvyat’s accident on lap 12 looked to be a problem with the right rear wheel or suspension, possibly caused by hitting a kerb, but his Alpha Tauri team have said they need to investigate whether it was a simple puncture or something more serious.

“Whatever the case, the Russian driver looked a little shaken after the crash, his car heavily damaged. Once again we can be thankful for the improved safety in F1 cars.

“One of the results of Kvyat’s accident was a Safety Car period during which teams, including Mercedes and McLaren, decided to change tyres. This was up to 10 laps earlier than planned, and it meant that the second set of tyres was expected to complete almost 40 laps on one of the most demanding circuits on the calendar.

“Ultimately the teams have to decide how hard to push their tyres, and it’s clear that this was right at the limit. The problems suffered by Valtteri, Lewis and Carlos were all front left tyres – the tyre which takes the most punishment around the very fast, clockwise Silverstone circuit.

“Valtteri’s went first, and that’s not so surprising because he had been keeping within one or two seconds of his teammate from the start. The problem with following a car is that your front tyres have to work harder. This is caused by the turbulent air from the car in front reducing the aerodynamic efficiency of your front wing, which means that your front tyres are having more energy put through them.

“The timing was unbelievably tough on Valtteri because, while it forced a pit stop and completely destroyed his race, Lewis did not suffer his failure until two laps later and was able to complete the final lap. He was half a minute in front of Max Verstappen at the time, so Lewis just did what was necessary to get to the end and claim the victory.

“An extraordinary result, and one which really gives Lewis a significant advantage in the World Championship. Valtteri will be wondering what he has to do in order to have better luck, but ultimately this is the difference between his car running in Lewis’ ‘dirty air’ and Lewis having clear air at the front of the field. Yesterday it made the difference between the front tyre failing on lap 50 or 52. Such are the fine margins in Formula 1!

“The fact that the tyres in Formula 1 are supplied by one company means that they have to suit all the cars and quite different levels of performance. The Mercedes cars were one second per lap faster than everyone else in qualifying at Silverstone, and in the race they were also on another level. This means they will be putting more energy through the tyres, so in some ways the double-failure at Mercedes is understandable.

“Pirelli is now carrying out a detailed investigation of what happened, and they have pointed out that while the tyres will have suffered a lot of wear after 38 laps, another factor is that Kimi Raikkonen’s Alfa Romeo suffered a front wing failure four laps before the end of the race, covering the track pieces of carbon fibre debris. On worn tyres this could easily have caused a puncture.

“Once their investigation has been completed Pirelli will undoubtedly discuss their findings with the FIA and teams before deciding which tyres to run next weekend. Originally the plan was to run softer tyres in the second Silverstone race, but that may change as a result of yesterday’s issues and the ten degree higher temperatures being forecast for Saturday and Sunday.

“Valtteri’s tyre failure handed second place to Max Verstappen and, as we have seen already this year, the Red Bull is just not able to match the Mercedes for pace, but is comfortably quicker than anyone else. At least in the case of Max, his teammate Alex Albon having a more difficult time.

“[It] was a good day for Renault, with Daniel Ricciardo and Esteban Ocon finishing fourth and sixth, but their customer team at McLaren was looking stronger for most of the race and was unlucky to have Carlos Sainz suffer that tyre failure on the penultimate lap. It was another really strong result for Lando Norris, finishing fifth. The young English driver is fourth in the World Championship, and with McLaren still holding third in the team’s championship their impressive start to the season is continuing.

Finally, some thoughts on Nico Hulkenberg from Hakkinen, “Following Sergio Perez’s Covid-19 diagnosis Nico Hulkenberg was brought in to the Racing Point team at 18 hours notice, did a super job in practice and qualifying, and then missed the race because his car suffered an engine problem in the garage.

“Sometimes in Formula 1 you get no luck, and this was one example. I hope he gets another chance next weekend, although that depends on whether Sergio is given the medical approval or not. After another weekend of racing without spectators, we were again being reminded that in 2020 the coronavirus is never far away,” added the 1998 and 1999 F1 World Champion.