Elkann: I have total confidence in Binotto 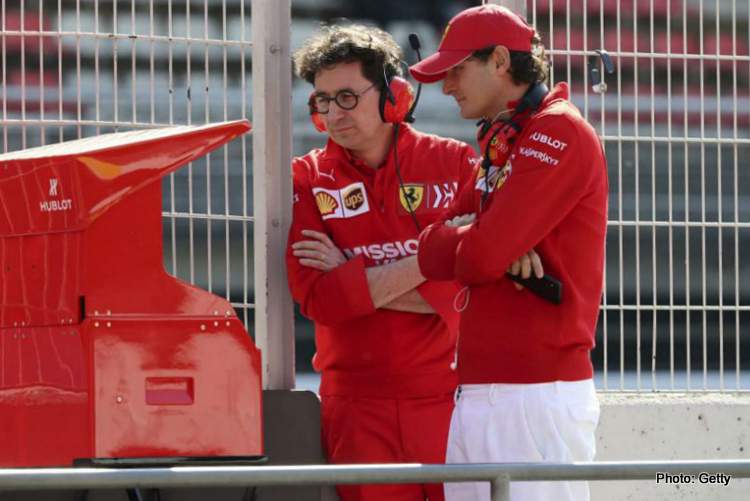 Ferrari President John Elkann says he has “total confidence” in team principal Mattia Binotto, backing him to start another period of success in 2022.

Under fire for an underwhelming start to the 2020 Formula 1 season in which the Scuderia has only managed fifth in the constructor’s championship, previous reports had indicated Ferrari was considering alternatives to lead the team.

However when asked about Binotto by La Gazzetta dello Sport, Elkann said he had no doubts the 50-year-old was the man for the job.

“Total confidence! Also because Mattia Binotto has all the skills and characteristics for a new winning cycle. He was at Ferrari with Todt and Schumacher, he knows how to combine ambition and concreteness.

“With him we start from a clear base. We know our weaknesses, we want to go further and start winning again with young and ambitious drivers like us.”

As to those “young and ambitious” drivers, Elkann explained why Sebastian Vettel was no longer a fit for the team.

“In the last ten years we have had champions like Alonso and Vettel who have been world champions. But it’s harder to rebuild a cycle and ask for patience from those who have already won than those who have the future ahead of them.

“We’re laying the foundations to build something important and you can tell by the length of the contract we signed with Charles [Leclerc]. Leclerc and [Carlos] Sainz will take up residence in Maranello, staying as close as possible to our engineers. The new car will also be born from their contribution.”

Unfortunately for the tifosi, Elkann admits there is little that can be done in the short-term given this year’s car will carry-over to 2021, with heavy restrictions placed on its development due to the COVID-19 pandemic.

“The fans are suffering as much as we are, but they continue to give us a great boost, and it’s important to be clear and honest with them,” he said. “We have a long road ahead of us.

“When Todt and Schumi started at the end of the 90s, that historic cycle came from a 20-year drought that had lasted since 1979… Fans know that we will give everything in every GP, and you’ll see that Vettel will do his part too, but I don’t want to deceive them. Do the best in these last months of 2020 and in 2021 to be very competitive again in 2022: this is the goal! There will be more space and overall competitiveness will increase.

“It is difficult to make an estimate and it is wrong to create false expectations, but by 2022 we would like to be among the most competitive. We are working to consolidate the winning culture of Ferrari and our drivers. We will work on the collective as Juve [Juventus football club, also owned by Elkann and the Agnelli family] has done in the last 10 years. And when the collective is strong, it’s not about the individual.”