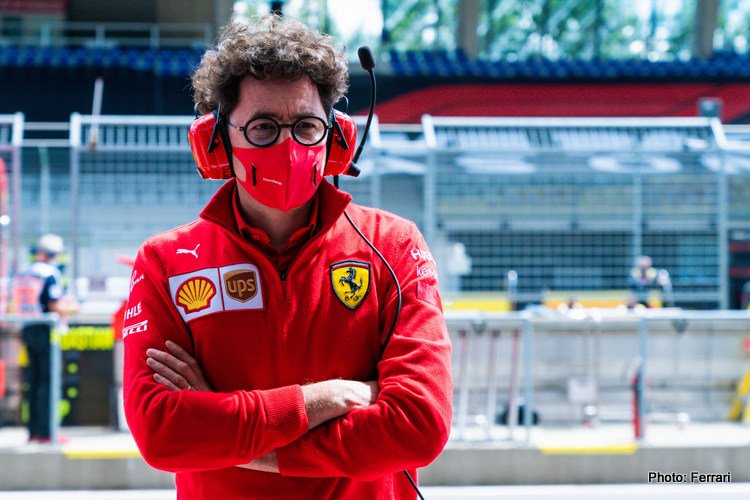 Ferrari is considering replacing team principal Mattia Binotto in the event he is unable to turn the 2020 Formula 1 season around, it has been reported.

Per the Corriere della Sera, the name of Ferrari GT boss Antonello Coletta has been floated as a potential replacement for Binotto, who is in his second year as head of the F1 team.

Having replaced Maurizio Arrivabene at the start of 2019, Binotto’s first year in charge saw the team collect nine poles and three victories, finishing runners-up to Mercedes in the constructor’s standings. However through the first two races of 2020, things have taken a significant turn for the worse, with the Scuderia fifth in the standings on just 19 points – 61 behind leaders Mercedes – in what has been a massively disappointing start to the season.

Compared to last year’s car, 2020’s SF1000 appears to have suffered a significant loss of pace, ostensibly due to the FIA clamping-down on the fuel-flow trickery the team was alleged to use in 2019.

Indeed, the article states that “most of the problems derive from having designed aerodynamics and chassis on the power levels of the old power unit”, while lambasting Binotto for agreeing to freeze large parts of car and engine development in the recent COVID-19 crisis talks.

Additionally, it is suggested that Binotto’s committee-based approach to leadership has only “weighed down” the team, with department heads Enrico Cardile (aerodynamics), Simone Resta (chassis), Enrico Gualtiere (power unit), Matteo Togninalli (track engineering) and Laurent Mekies (sporting director) all having differing opinions on how to move forward.

As such, this weekend’s Hungarian Grand Prix is being touted as a ‘watershed’ moment for the season, with the pressure on Binotto to show immediate improvement when he completes the rollout of updates that started with the second race in Austria.