Horner: Albon is getting stronger and stronger 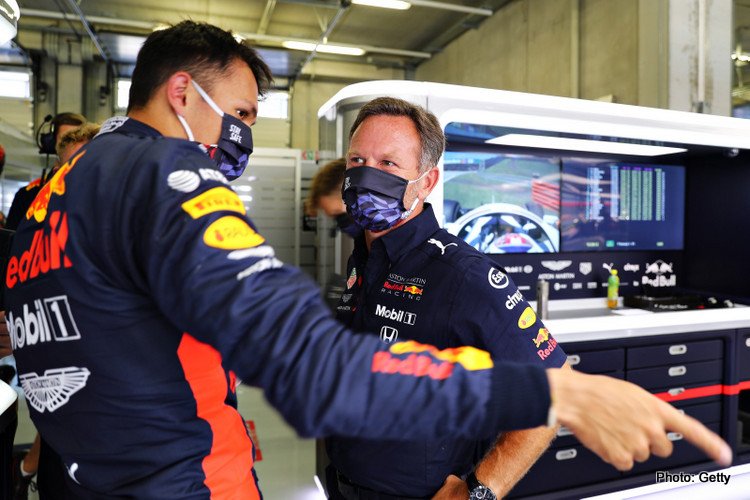 Red Bull see plenty of untapped potential in Alex Albon and are happy with the British-born Thai, according to team boss Christian Horner.

Williams driver George Russell defended his friend and rival at the weekend’s Hungarian Grand Prix, saying he was “being made to look like an idiot and he’s absolutely not” after Albon qualified 13th.

The Thai, a Formula 1 rookie last year alongside established race winner Max Verstappen, ultimately put in a strong performance to finish fifth while his Dutch team mate was second.

“I’m very pleased with Alex. He’s picked up a bit of criticism which has been very harsh on him,” Horner told Sky Sports television.

“We made a mistake in the timing (in qualifying), we put too much pressure on him. We have to take responsibility to that.

“He’s done the passing manoeuvres when he needed to, he’s responded very well. I really believe that Alex has got a lot more potential that we just haven’t uncovered yet.”

Albon has yet to stand on the podium but is fifth in the championship. Verstappen has already enjoyed two podium finishes this season.

Horner recognised the Red Bull was a difficult car to drive at the moment, with both drivers spinning frequently and struggling in practice in Hungary.

“Max’s ability to drive around those problems, that’s experience on Max’s side that Alex doesn’t have,” said the principal.

“He (Albon) will get, and is getting, stronger and stronger.”