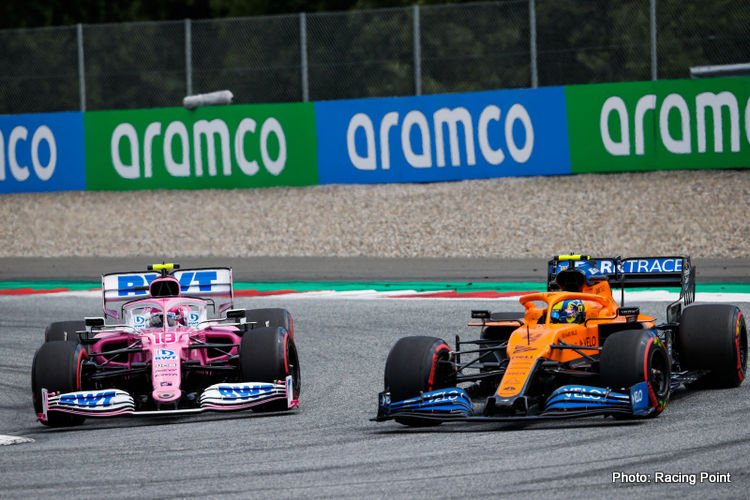 The FIA’s ruling on the legality of Racing Point’s 2020 car could have serious consequences for the independence of Formula 1 constructors, warns McLaren boss Andreas Seidl.

Currently under protest by Renault, Racing Point have acknowledged the RP20 is based on 2019’s Mercedes W10, but strongly deny they have claims they have subverted requirements of teams to design certain parts themselves, such as the brake ducts the French outfit has honed in on.

Stating last week that he saw “no grounds for a protest”, Seidl conceded on Friday it was still an issue that needed clarification in order to stop the ‘Pink Mercedes’ from starting a worrying trend.

“I think this protest is another key element [for] making some clarifications on the FIA and Formula 1 side of what they want to be in the future,” he told reporters. “Do they want that Formula 1 is ending up in a copying championship? In a championship where you end up with two or three constructors’ or manufacturers’, and we simply have then more cars of one manufacturer or constructor on track?

“We definitely think it’s the wrong way to go for Formula 1, and is not a sustainable way for us.”

Having effected their own journey to podium contention through the more traditional means of restructuring the team from the ground-up, Seidl fears F1 teams will increasingly eschew their unique identities in order to ensure competitiveness.

“Formula 1 always has been a competition between 10 constructors’, where the final car in the end is the result of the know-how, the power, the engineering power you have built up within your own team over years,” he explained.

“Each part of a Formula 1 car is part of the entire car concept. That’s something Formula 1 simply has to decide which way they want to go.

“I think our position is clear, what we want to see, and it’s important to get these clarifications now in order to also make up our mind on how we see our future as a team.

“But we clearly want to be our own independent team with our own identity. So [we’re] looking forward to the outcome of this.”