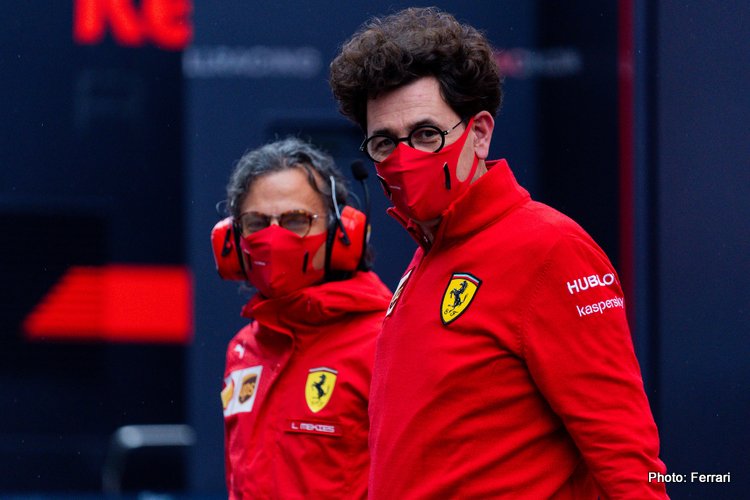 The directives, which started at the 2019 United States Grand Prix, have clamped down on potential engine trickery to subvert the 100kg/hour fuel-flow limit and the burning of oil for performance gains, which Ferrari was alleged to be doing with their power unit.

Indeed, this season Ferrari’s car has been noticeably slower on the straights, and while an investigation by the FIA into last year’s engine was resolved with a confidential settlement in which the Scuderia admitted no wrongdoing, Binotto concedes that they have lost some ground in the wake of the technical directives.

“Since last year, a lot of TDs have been released, eventually clarifying some of the areas of the regulations,” he said in Friday’s team principal’s press conference. “I think that through those TDs, we had to adapt ourselves. I don’t think it’s only the case of Ferrari, because looking at the power output of this season I think most of the manufacturers somehow have had to adapt themselves.

“But certainly as Ferrari we had to adapt and we, as a simple output of that, lost some of the performance we had.

“I think we’ve got more clearer situations in some areas of the regulation, and hopefully that will continue if required for the future.”

At the same time, Binotto suggested that the pause placed on engine development due to the COVID-19 pandemic has also been a large factor – something that has not applied to all engine suppliers equally.

“We were doing developments as well for this season that we will not be able to introduce during the season itself because we had a long shutdown period before the start of the season,” he explained.

“Which has not been the case for all the power unit manufacturers, by the way.

“But then, obviously, we will still develop and we try to develop as much as we can by the start of next season.”

In 2021, suppliers will be able to submit a new homologation of their engine, although that design will then be largely frozen for the next four years in an effort to cut costs.

Before that happens, Binotto says there must be more clarification provided by the FIA.

“I think there are areas of the regulation of the power unit where maybe clarifications are still required.

“It’s an ongoing process, which has always existed in the past, will exist in the future.

“Hopefully that may be done in order that in the future, at least, there is sufficient clarity on the regulations to make sure that we’ve got all the same understanding.”