Vettel: I’m not at all considering running away 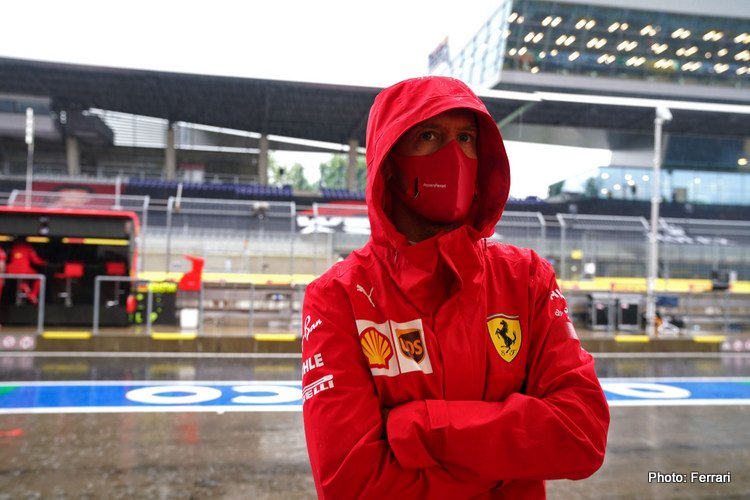 Sebastian Vettel has confirmed he will not leave Ferrari before the end of the year, despite a difficult opening to the 2020 Formula 1 season.

Set to be replaced by McLaren’s Carlos Sainz in 2021, it was speculated after the German’s dismal showing in last week’s Austrian Grand Prix that he could call it quits prematurely, particularly if Ferrari continue to lack performance with their car.

However when asked about an early exit by F1TV on Saturday, Vettel answered “No, I don’t think so.”

“I’m not running away from it,” he said. “I think I have something to prove, mostly to myself. And that’s what I’m here for.

“Obviously, a lot of guys in the team have given so much to me in the last couple of years, and just out of respect I want to give that support back and bring it to a worthy end, so I’m not at all even considering running away.

“The fact that I am in a team that I will not stay for longer, I think that’s a challenging situation for both the team and myself, but I think we just try to make the best out of it.”

A four-time F1 world champion, Vettel acknowledges his future is entirely up in the air at this point, particularly with another door closing when Renault announced Fernando Alonso on Wednesday.

“Obviously, my future at this stage is open,” he admitted.

“I haven’t signed anything, I have no contract for next year or beyond, so anything could be an option. Remaining in Formula 1, taking a break or quitting.”

“I’ve known nothing else so far in my life, racing is my life, and as I said previously I know for a fact that if the right package comes up, then I’m very, very interested.

“If not, then I’m certainly not the type of guy that just hangs around just to participate or grab some money. I think that has never been my intention.”