Red Mist: What happened to the Formula 1 Rainmasters? 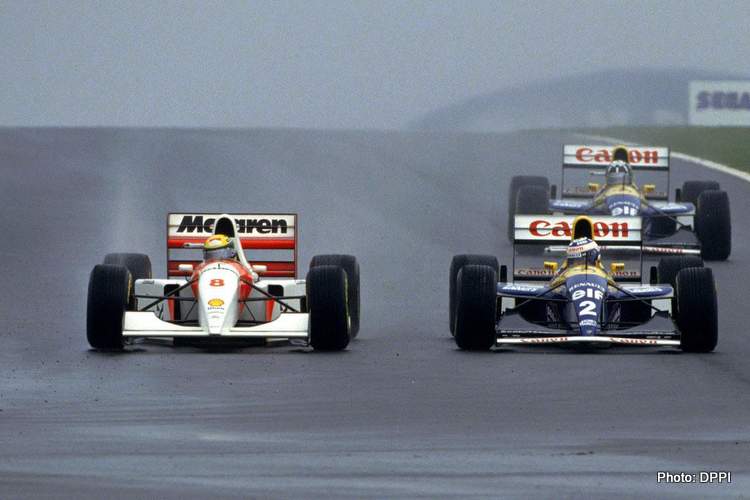 The prospect of a qualifying washout for today’s Styrian Grand Prix makes one wonder where Formula 1 is these days.

Yes of course, if it is that dangerous that the track is flooded and impossible to even drive, then postpone it. But so often of late, the conditions are way better than they were in some of the best races or quali sessions F1 has ever seen, so it makes one wonder…

Which perhaps makes it opportune to consider the best ever wet weather qualifying performances and there have been a few. Lewis Hamilton, Sebastian Vettel, Michael Schumacher, Ayrton Senna and Alberto Ascari are among the acknowledged rainmasters, but there have been other drivers who have popped up and surprised in wet qualifying and that element would be negated if today is ‘washed out.’

More recently, Teo Fabi may be remembered for putting his Benetton on pole in Germany in ’85, while Giancarlo Fisichella mastered the wet right here in Austria in ’98, again for Benetton. Rubens Barrichello shocked in a sodden French Grand Prix quali for Stewart in ’99, while Ralf Schumacher made it a dream come true with his wet pole run for Toyota in Japan in 2005.

You may well remember Vettel shocking with his first pole for Toro Rosso at Monza in 2008, never mind Nico Hulkenberg for BMW Williams in torrential rain in Brazil 2010.

But there was one qualifying performance that stands head and shoulders above the rest. Many consider Jackie Stewart’s 1968 German Grand Prix victory at a soaking Green Hell Nurburgring to be the greatest drive of all time, but the qualifying for that race was perhaps even more remarkable.

Jacky Ickx put his Ferrari 312 on pole by an incredible ten seconds over teammate Chris Amon, who was seven seconds clear of the third man. Ickx started well but Stewart succeeded to take an incredible win.

Back then, come rain or shine, the session went ahead. It made for many a wonderful surprise, but it seems these days racing in the rain is not that big on the list until the conditions are dumbed down enough.

Let’s see where it goes today…