Vettel: Marko was first person I called after Ferrari decision 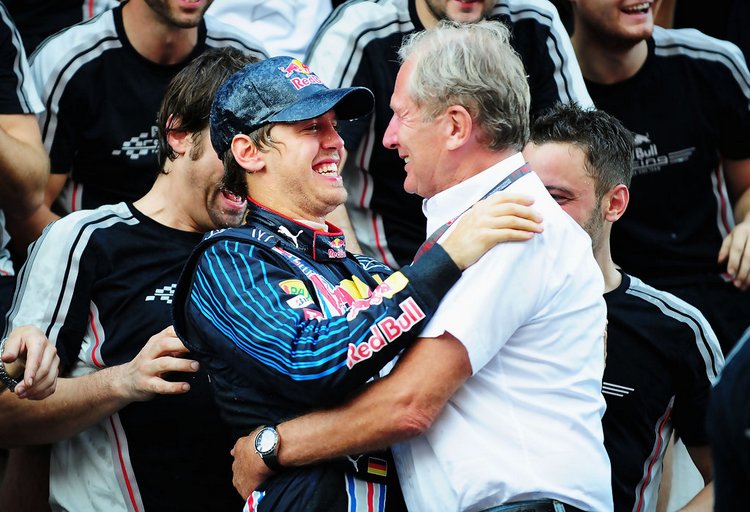 Sebastian Vettel admitted that his early mentor and Red Bull advisor Helmut Marko was the first person he called after learning that Ferrari would not be extending his contract.

Vettel won his four Formula 1 world titles with Red Bull between 2010 and 2013 and remains close to Marko and the team.

Speaking on the Red Bull-owned channel ServusTV alongside Christian Horner, Pierre Gasly and Max Verstappen, the German said he spoke to Marko as a confidante, rather than to see if he could help him get a new drive.

“Quite frankly I called him right after the decision,” he told ServusTV. “But not at first to ask ‘Helmut, do you have a place?’, but because I get on very well with him and he has been a confidante for years.

“I asked him for advice. I described the situation to him as it is. He is also known for wearing his heart on his tongue. And then I spoke to him. What will ultimately come out will be demonstrated.”

It was announced during the off-season that Vettel would be departing the team at the end of his contract, with Ferrari claiming that it was a mutual decision.

During the season-opening weekend, Vettel made sure it was known that he was open to remaining at Ferrari beyond the end of the 2020 season in order to help rebuild the team. But that call never came.

Vettel – who currently banks about $30-million per year from Ferrari – denied that money was the deal-breaker, “That would certainly not have been an obstacle.

“I have no problem with the decision as it is. I accept it as well – but still, try to do my job this year and, unlike on Sunday, do a better job and do the best for the team to bring this to a conclusion.

“The past five years have not brought what the goal was on both sides. Nevertheless, I believe that it would have been an option to continue and work on the goal.

“The goal at that time was to rebuild the team. Both sides certainly tried everything, but the bottom line was that we failed on one side and on the other. Because the title failed to materialise,” lamented the German.