Vettel: Never an offer on the table from Ferrari 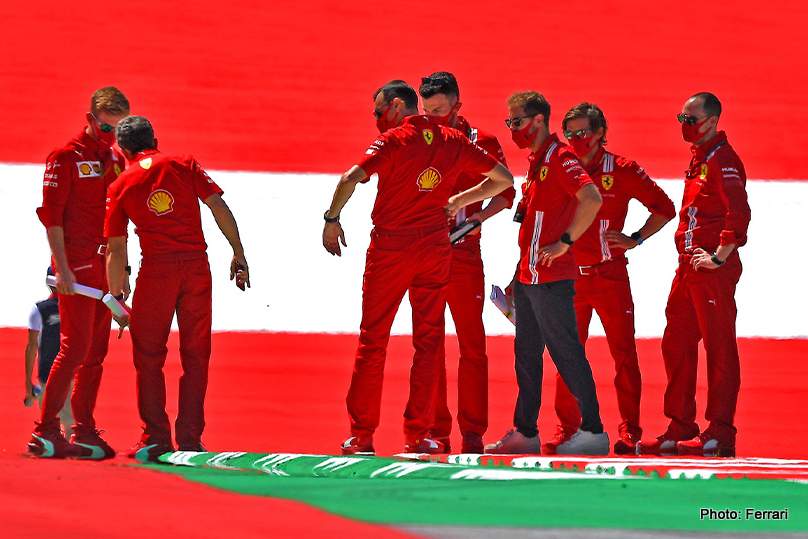 Sebastian Vettel was given the excess baggage treatment by Ferrari which led to his unexpected and shock decision to quit the sport’s most famous team, according to the four-time F1 World Champion there was never an offer on the table with the Scuderia from team boss Mattia Binotto.

The German does not have many options as a return to Red Bull while Max Verstappen is there is unlikely to happen, Mercedes might tease but no way Lewis Hamilton will countenance Seb in the sister car no matter what Toto Wolff says, however, Aston Martin might just be the snug fit for an out-of-work race-winner and world champion who turns 33 on Friday.

He said of his future, “At the moment I’m not really having any. Looking forward, obviously I want to make sure I make the right decision for myself and my future. I think I have a very competitive nature, I have achieved a lot in the sport.

“I’m motivated and willing to achieve more. To do so I need the right package and the right people around me, so that’s what I’m looking out for at the moment. If the right opportunity should arise then it is quite clear. If that’s not the case then I’ll probably have to look out for something else,” added Vettel whose future is set to dominate the inevitable Silly Season that such developments tend to trigger.

How the remaining six months of his contract at Maranello will pan out is an intriguing sideshow, as the knives are out between him and his young teammate, heir-apparent, Charles Leclerc. They collided at the Brazilian Grand Prix late last year, fuelling what is a super-tense relationship between the pair on track.

Nevertheless, as long as he is with the team, Vettel remains committed to the cause, “Surely should the situation arise and make sense I think you expect both drivers to help each other out. I don’t think that has anything to do with the fact that my contract expires and I’m going to be leaving the team.

“But at the same time you’re racing for yourself – you know, not trying to make Charles’s life easier on track in terms of waving him by. We have been fighting each other in the past and we will continue to do so,” he explained.

Ferrari, meanwhile, were quick to sign his replacement by inking a deal with McLaren’s Carlos Sainz to race in Red alongside Leclerc – the ‘old guard’ will be replaced by the young guns when this season ends.