Camilleri: I have every confidence in Binotto and the team 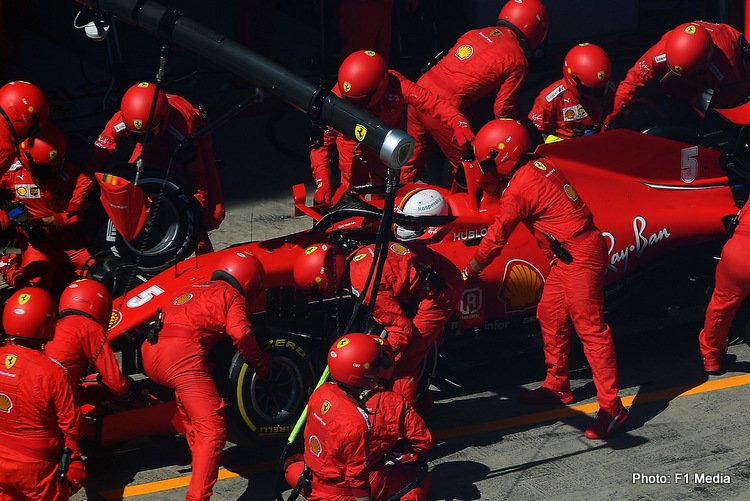 Ferrari CEO Louis Camilleri has called for improvements on all fronts after the Reds arrived at the 2020 season-opening Austrian Grand Prix with a below package for their drivers, however, he was quick to praise Charles Leclerc’s effort on Sunday that salvaged second place for the team.

He also reaffirmed his faith in team principal Mattia Binotto who is reportedly galvanizing the troops and, as result, a raft of updates are heading to the Spielberg countryside in time for the Styrian Grand Prix weekend starting this Friday, again at Red Bull Ring.

Speaking after a riveting race on Sunday, Camilleri said, “It’s clear that we have to improve on all fronts. The only solution is to react, and I’m pleased by the immediate reaction and the work that Mattia and all his team are putting in at every level.

“This is not just to bring to the track today what was scheduled to be ready tomorrow, but also to speed up the program of development for the coming races. This is the response of a united team which is rolling up its sleeves and facing the problems head-on, without crying about it.

“We are at the start of a new cycle with a long-term plan. Any setbacks will certainly not change our chosen course, and I have every confidence in Mattia and the team in addressing our shortcomings.”

After only managing to qualify seventh, Leclerc surprised himself, ending up second after an impressive end to the race in he was forced to work hard for the result.

His boss acknowledged, “Charles put on a show yesterday in Austria, both in his ability to see the opportunities that came his way in the latter stages and, above all, in his defense when he was under attack from quicker cars in terms of pure speed.

“He confirmed yet again his talent and determination to defend the colours of the Scuderia, even if there was no need of any further proof.”

The man the team is letting go at the end of year did himself no favours yet again, Sebastian Vettel first failed to make it into Q3 on Saturday and then a day later, in the race, the four-time F1 World Champion made another error while battling with Carlos Sainz and Leclerc for position.

The German spinning his Ferrari after misjudging his braking into the hairpin and thereafter forced to play catch up for the rest of the afternoon. He finished tenth.

“It was a pity for Sebastian,” lamented the CEO. “He couldn’t show his best performance because he wasn’t comfortable with the balance of the car: now we are analyzing the data to understand the reasons why. We know there’s lots of work to do.

“This is certainly not the grid position that a team like Ferrari should have, and we have to respond immediately,” insisted Camilleri.

Binotto reflected immediately after the race in Austria, “The 19 points we picked up here in Spielberg were also down to reliability, which is always vital, as well as the work the team has done here at the track and back in Maranello over this past week.

“However, it does not make up for the fact that, in pure performance terms, we are behind, more than we could legitimately have expected.

“That’s why we are pushing as hard as we can to bring updates to the car as soon as possible, although we know that no package can be a magic wand that radically changes the hierarchy among the teams.

“Having said that, we have seen in this first race that a few tenths more or less can make a big difference in terms of grid position, so we must leave no stone unturned,” added Binotto.